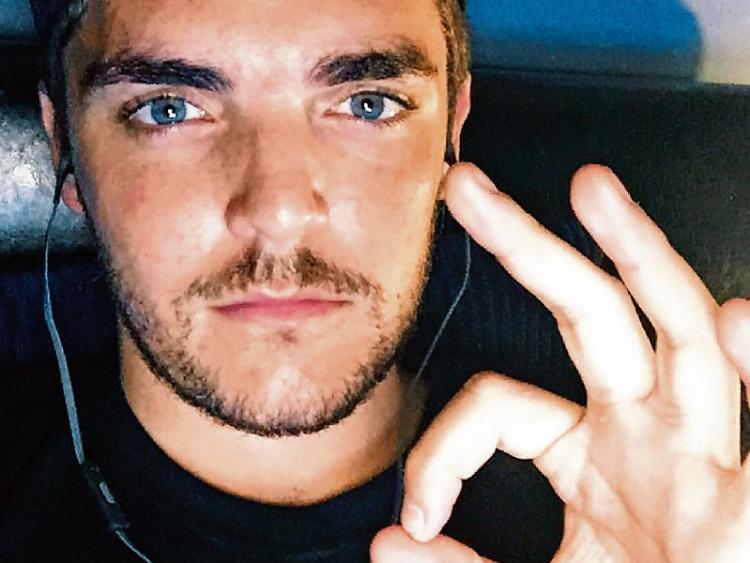 A YOUNG Limerick man said it has been a “massive rollercoaster” since he went public on his mental health difficulties.

Owen Webb O’Rourke, aged 24, from Kilmallock wrote a blog, featured in last week’s Leader and on Live 95FM. He described twice being “at peace” with the decision to take his own life and encouraged other to talk about their problems and seek help if needed.

“I never expected it to take off like it did and the original aim of the post was to relieve a weight that I had on my shoulders since I started counselling. I'd like to thank every single person who liked, commented, wrote statuses about and shared my piece.

“My original aim when I saw that it was gaining some traction was to reply to each and every one of you but I quickly got overwhelmed by it all and just couldn't keep up so for that I apologise. Hopefully one day I will manage to reply to all your lovely comments of support. Thank you all once again.

“To those of you who messaged me personally and told me about your own experiences, I thank you and I'm really grateful that you could relate to my piece. I hope that you can all get the help needed and beat your own demons. I am always on the other end of a Facebook message if you ever need someone to talk to. Do not hesitate to message me,” said Owen, who thanked his parents, sister, girlfriend and all his family.

The former Limerick minor and U21 goalkeeper said they did “everything in their power to help” and “walked every step beside me in my own personal hell and we all are coming out the other side together”.

Owen concludes with the most important message.

“You are no less of a person if you look for help. In fact you have beaten the most difficult demon of all if you do,” he said.

“The fact it is getting such a reaction means that people are now opening up - there was a time when people would just freeze at the thought of talking to somebody openly about mental ill health problems but thankfully that is all changing.

“While there has been a lot of progress in the whole area of destigmatising mental ill health and making people feel that it is alright not to be alright I think the more people that share and speak out the better.

“We have seen over the years other areas which have had a similar stigmatisation and denial, particularly TB back in the 1940s and cancer in the early days. Nobody would speak about it but now it is totally accepted.

“We want the whole area of mental illness to go the same way and demand the services because the services have been neglected over the decades, maybe even over the centuries. While a lot of progress has been made there is a long way to go. It is under-invested and the more that people become aware of the need for treatment, the need for assistance, the higher the demand will be for the improvement of services,” said Mr Neville.

The former TD said Owen’s words will encourage others to seek help.

“Mental ill health is a normal experience of life for many people. We urge people to seek help early - the longer it is delayed the more chronic the condition becomes.

“In the past five years a lot of prominent people have shared their experience. It is extremely helpful, it shows leadership and it is shows those who are suffering, who may have never spoken to anybody, to talk to their GP, seek professional help and share with their families,” said Mr Neville.

The fact that Owen is just 24 is extremely beneficial to other young men and women, he adds.

“We are extremely concerned about the mental well being of our young people. Our overall suicide rate is just below the average for Europe but our youth suicide is the fourth highest after Finland, Lithuania and Estonia,” said Mr Neville.

Owen’s principal in Colaiste Iosaef, Sean Twomey, who abseiled from the top of Croke Park to highlight the lack of supports for young people around their mental well-being, echoed Mr Neville.

“Owen has incredible courage. It is great to see that it is not something that people are hiding behind closed doors. If you are sick you would go to the doctor, if you are suffering from thoughts going through your mind that are damaging you, you should talk to somebody about that.

“The very fact that Owen went public will say to somebody else who thinks they are alone and are keeping something to themselves that, ‘Look, you are not alone in this’ and that is a powerful message,” said Mr Twomey.