A BITE OUT OF APPLE:  DEPUTY COLLINS WARNS AGAINST IMPLICATIONS OF EU DECISION 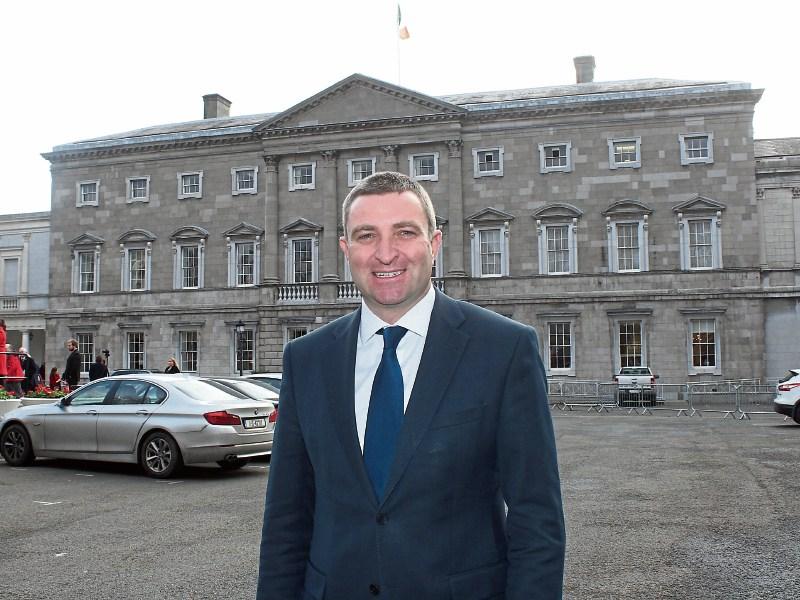 Fianna Fail deputy Collins: ‘We must stand up for our reputation’

The European Commission this month ordered that Ireland should receive up to €13bn from Apple, arguing that the favourable tax arrangements the company devised with Ireland constituted illegal state aid between 2003 and 2014.

Speaking in the Dail, the Limerick deputy said Ireland’s foreign direct investment policy impacts on “every community, either through direct or indirect employment. For every direct job, up to four spin-off jobs are created.

“Our foreign direct investment policy over the years has been significantly successful in attracting pharmaceutical, technology, life sciences, manufacturing and financial services companies.

“All the big global names have a presence in this country, providing valuable employment. One cannot overstate the importance of these companies to our economy and how they have been attracted through our State agencies.

He said he supports the Government’s appeal of the European Commission’s finding, which is also being appealed by Apple.

“We hear of a sweetheart deal for Apple. How can anyone with any degree of credibility, either inside this Chamber or outside, make such a claim?

“What is also troubling about this judgment is its retrospective nature. This is somewhat hypocritical of the European Commission. We all recall how, at one stage, the Commission promised retrospective recapitalisation of our banks but welched on it.

“Now it wants to collect taxation retrospectively. Again, another contradiction. The people know one cannot write legislation which impacts people retrospectively as it is unconstitutional. I cannot create a tax rate and retrospectively collect it from the people.

“Some want to take the €13 billion and run, waving away the fact Apple will appeal it. The money is not available and there is uncertainty about how much is owed to the US and other countries. The argument to take the money and fund the health service for the year is a complete puff of smoke. We must protect our corporation tax rate.

“It should be remembered that we applied a 10% corporation tax rate to manufacturing companies at one stage. We also had the successful Shannon free zone and similar zones elsewhere where a zero rate of tax applied. Low rates of tax are central to our highly successful foreign direct investment policy, which funds our public services and provides jobs. The Government is right on this issue on which I support its endeavours.