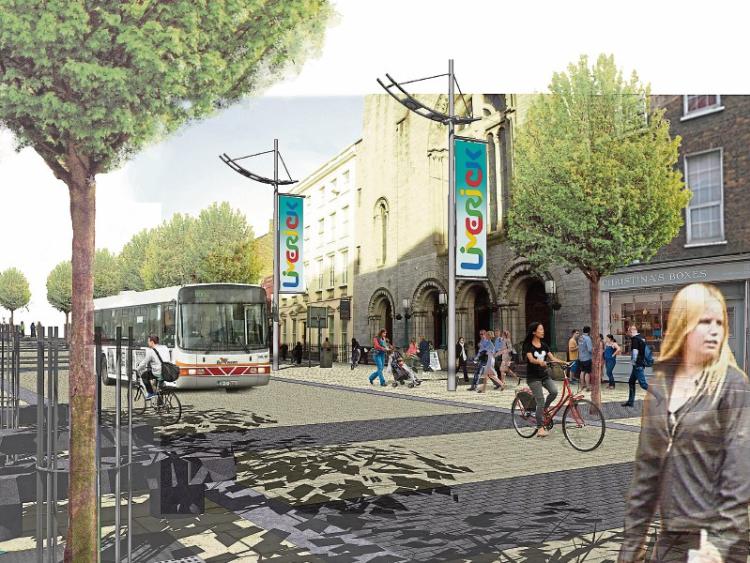 A mock-up of how O'Connell Street might look, as supplied by the council. Below, the Crescent

LIMERICK City and County Council is seeking input from the public on plans to remodel and revitalise O’Connell Street.

Design Consultants Arup along with local authority staff will be on Bedford Row on Thursday from 12.30pm to 3pm looking for the public’s views on how best to improve the street, as no design has been finalised as of yet.

Speaking about the multi-million euro remodelling of Limerick’s main thoroughfare, Mayor Cllr Kieran O’Hanlon said: “This is the first step in the process of designing a new O’Connell Street in Limerick city centre. We are looking at constructing a high quality public realm, befitting O’Connell Street’s status as Limerick’s premier street.

“Limerick City and County Council is looking for your input and suggestions as part of this process. We are looking at a blank canvas, hoping to get as many ideas from members of the public, various business and transport interests and public representatives, before we design a new O’Connell Street. Everything is on the table.

“The project team will take into consideration an appropriate balance between the various travel modes be they pedestrian, cyclist, public transport, delivery vehicles and private cars, seeking to use the street.” 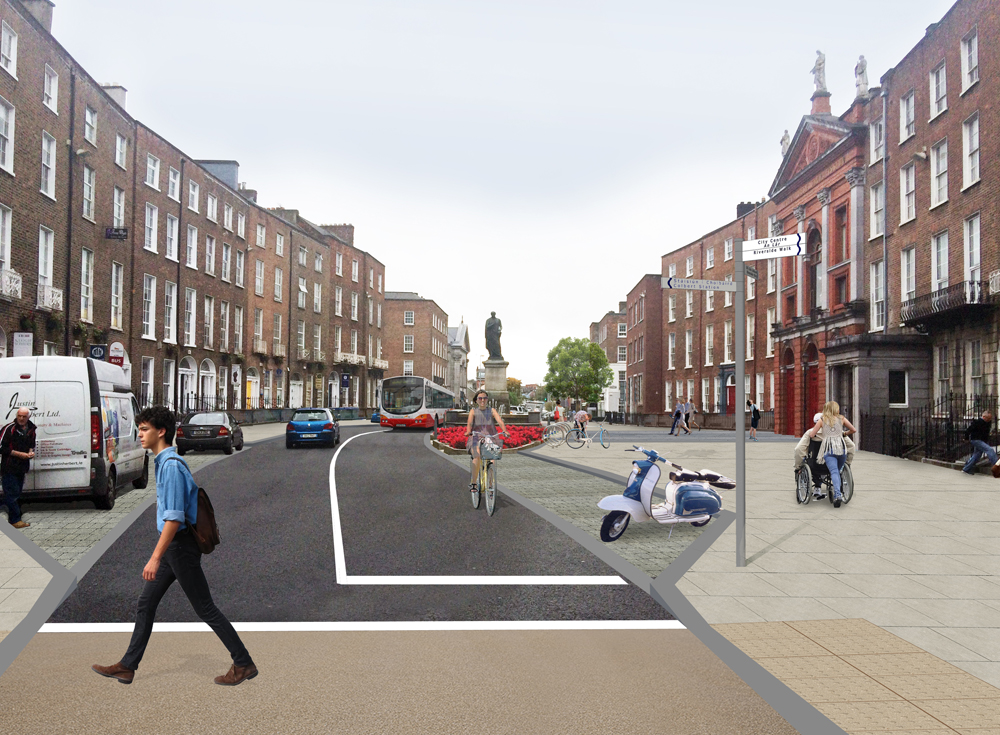 The project came about after the council announced the plans as part of an urban centre revitalisation project.

Funding of €4.1 million – 50% of an estimated total development cost – from the European Regional Development Fund (ERDF) was secured to revitalise the street from the Denmark Street junction as far as the Barrington Street junction, which is approximately 786 metres in length.

The total cost for the project is approximately €8.2 million and these funds will play a vital role in helping to provide a stronger and more visually appealing urban link within and to the city, the council said.

It was planned that a portion of O’Connell Street be pedestrianised, but it is expected the entire street will see improvements thanks to this project and the final outcome will be influenced by the public's input into the process.

It was anticipated that work would start on O’Connell Street by early next year and be completed by 2018, with a minimum of 50 construction jobs created.