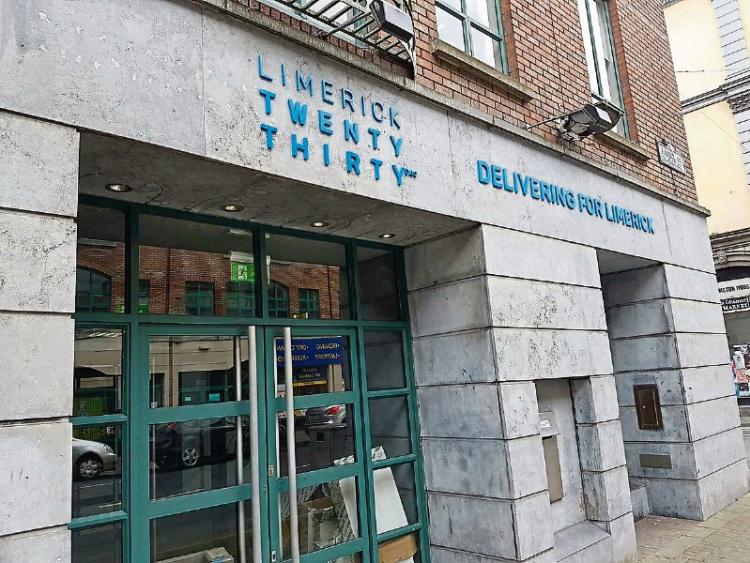 More than 1.4million square feet of prime real estate in Limerick is to be developed as part of the single biggest commercial property development programme every undertaken outside the capital.

Details of the programme have been announced with the at the launch of a special purpose vehicle (spv)  to accelerate Limerick’s emergence as one of Europe’s most attractive investment locations.

Limerick Twenty Thirty Strategic Development DAC (Designated Activity Company) is the first entity of its kind created by a local authority in Ireland to deliver a city and county wide programme of investment.

Limerick planning for a post #Brexit marketplace #limerick2030 sounds like a lot of building plans for city centre!

The new company, which will be lead by businessman and executive chairman Denis Brosnan, will be tasked with delivering over €500m worth of transformational investment infrastructure across four strategic sites in Limerick city.

The four key sites: The Gardens International Office on Henry Street, The Opera Site at Rutland Street, The Cleeves Riverside Campus on the banks of the River Shannon at Fernhill comprising and the Troy Studios Film Hub in Castletroy, where an €8m fit out is nearing completion ahead of the commencement of production.

“Limerick has embarked on a remarkable journey since 2009 when I was asked to Chair the Mid West Task Force on Job Creation. Today, with the launch of the Limerick Twenty Thirty Company, it steps onto a new platform,” said Denis Brosnan at the launch of the new company at the Strand Hotel.

“I am determined that this company will take up on the brilliant work and huge gains achieved and deliver the type of assets required to attract further transformational inward investment. We are sending a message far and wide, and not least in the window of opportunity for FDI post-Brexit investment, that we are open for business and capable of competing with the best for it,” he added.

For further coverage including photographs and reaction see this week's Limerick Leader, broadsheet editions - out Thursday.