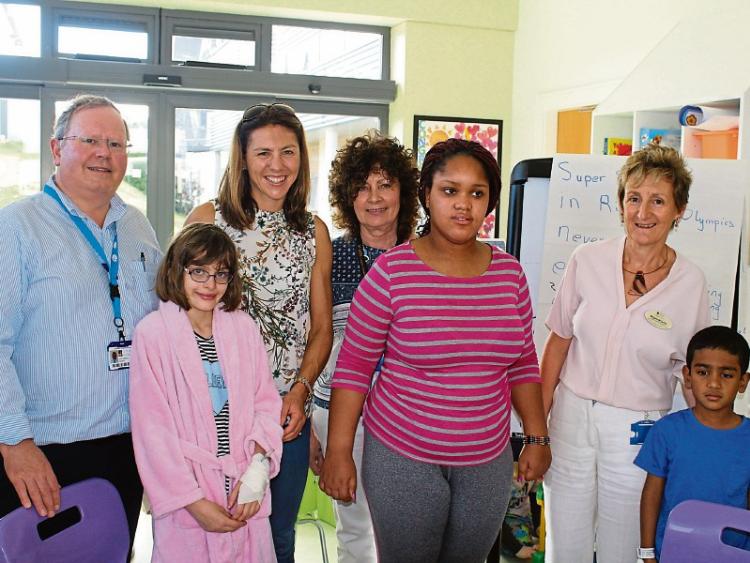 THE CHILDREN’S Ark school recently had a special sporting guest, as Olympic rower Sinead Lynch reported back to her old workplace to relay her Rio adventures.

In 2013, the St Michael’s rowing club star spent six months with the Children’s Ark unit, at University Hospital Limerick, as a senior house officer, as part of her training to become a GP. The school is housed within the unit.

Speaking to her former teammates at UHL, the Letterkenny native, who is married to fellow Limerick Olympian Sam Lynch said: “Working as an Senior House Officer was much harder than training to be an Olympic rower, but just as rewarding! I really enjoyed my time here and am delighted to be invited back to meet former colleagues and get an opportunity to say hello to some of the children here as well.”

She added that she was delighted to see a surge in interest in rowing, following her Olympic success.

“My rowing club here have been inundated with juniors, it’s great for rowing, as a mother of three young girls it’s great to see this level of interest. I’ve also been asked to be an ambassador for the Limerick Suicide Prevention Group so I’m delighted about that and am very happy to help them out to raise awareness.”

To compete in the Rio Olympics, Sinead had to put medicine on temporary hold,  and she returns to her GP training programme in October. This, according to the UL Hospitals Group, will take a further two years to complete.