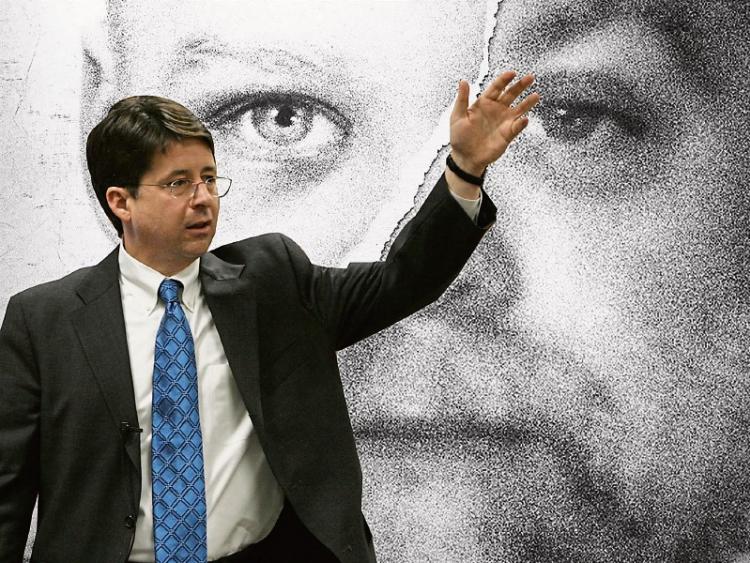 Dean Strang, who featured in the Netflix documentary series Making a Murderer

ATTORNEY Dean Strang, who featured in the Netflix documentary series Making a Murderer, will discuss implications of the Steven Avery case at an event in Limerick later this month.

An Evening with Dean Strang, will take place at the University Concert Hall on September 26, and is organised by the University of Limerick Law Society.

It will be chaired by Professor Shane Kilcommins, head of UL’s School of Law and will be followed by a question and answer session.

Mr Strang, along with Jerry Buting, represented Steven Avery in his trial for the 2005 murder of photographer, Teresa Halbach. Mr Avery had previously served 18 years in prison for sexual assault and attempted murder before being exonerated in 2003. Making a Murderer covers his 2007 trial and his subsequent conviction for the murder of Ms Halbach.

Amy Dermody, second-year law student at UL and conference convener with the UL Law Society, explained why the group decided to invite Mr Strang to the campus.

“Most law students have seen Making a Murderer and it really highlights potential inadequacies in the American legal system, and how important it is to correctly frame legislation to prevent miscarriages of justice,” she explained.

“We contacted Mr Strang’s office earlier this year and they mentioned that Mr Strang would be in Ireland in September, and while initially he had no plans to visit Limerick, we were told he would be delighted to accept our invitation.”

“We are thrilled to have such a well-known and highly respected attorney coming to speak to us. One of the things I really liked about Making a Murderer was the way it highlighted the commitment and dedication to the law of a down-to-earth, working attorney rather than a celebrity lawyer,” she added.

“Obviously this talk is of great interest to law students but we believe that it will also be of huge interest to the wider public because of the unprecedented popularity of the Netflix show. It has attracted an audience far beyond those directly involved in the law,” Ms Dermody said.

Professor Shane Kilcommins commended the students and said he was looking forward to chairing the event.

“Attracting Dean Strang here is an outstanding coup and it is part of UL School of Law’s broader engagement with community and is an excellent example of law in action. It fulfils part of UL’s mission in engaging with practitioners and the community,” he said.

“It is fantastic that the UL School of Law has such a positive relationship with the student law society.

“This type of event is part of the wider curriculum - that students should learn in their modules but also should be involved in societies that promote broader learning,” Professor Kilcommins added.

“As well as promising to be an enjoyable and interesting evening for students and members of the public, this event offers excellent pedagogical outcomes for students who will have the opportunity to listen to a practitioner and to tease out some compelling issues around the justice system.

“In chairing this, I will be asking questions about issues of policing, integrity in the criminal justice process, miscarriages of justice, the evidential process and the consequences of decision making,” he added.

Dean Strang currently works as an attorney in Wisconsin with Strang Bradley Trial Lawyers and has taught in the University of Wisconsin since 2008.

Tickets are now on sale for the event. Student tickets are priced at €12 and general admission is €20 with proceeds going to the UL Law Society.