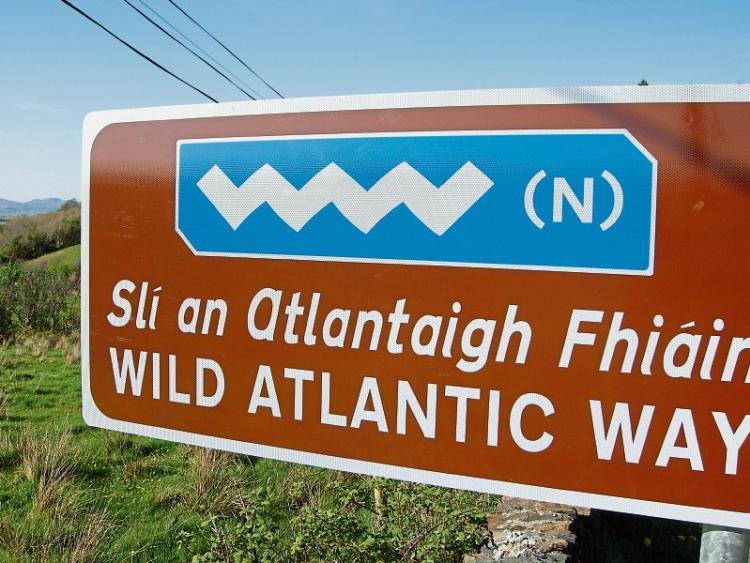 THE entire Shannon estuary coastline could become part of the phenomenally successful Wild Atlantic Way, the Minister of State for Tourism and Sport Patrick O’Donovan has revealed.

Speaking to the Limerick Leader, Minister O’Donovan said: “The Wild Atlantic Way comes to Foynes. We are working on an initiative with Clare  that it would take in the whole estuary.”

The Minister also revealed that he saw huge potential for the development of historic and OPW sites in East Limerick  as part of the Ireland’s Ancient East route but added that West LImerick’s historic attractions should also be promoted more.

Minister O’Donovan also revealed that the Great Southern Trail will, over the next few years,  be linked into a national network of greenways being developed  as part of a new national strategy..

And he hopes that a new greenway from the city to Charleville via Croom will be developed as part of that new strategy.  The Limerick to Charleville trail is still at a very, very early stage, the Minister acknowledged but said: “Ballyhoura are very anxious to get the ball rolling on it.”

The city would also be linked to the Great Southern Trail at Rathkeale under this strategy. Following discussions on the greenways with the chief executive of Limerick City and County Council, Conn Murray, the Minister has urged that the council gets everything in order as rapidly as possible to be among the first to benefit from the €100m that will be made available under the Smarter Travel scheme between now and 2021.

“Those local authorities who have the donkey work done will be prioritised,” he told the Limerick Leader. “Any future spending will be done on the basis that local authorities that have plans and engagement in place will be put to the front of the queue.”

“We know there are difficulties on the North Kerry section,” the minister said before he left for the Rio Paralympics. And his advice has been to concentrate on initiatives within the county, ie to complete the Great Southern Trail from Limerick to Rathkeale and to move on the trail to Charleville.

Last month, Limerick City and County Council received grant aid of €500,000, which is to be matched by the council’s own funds, to begin the work of extending the greenway from Rathkeale to Limerick.  Earlier this week, the council was awarded a further €291,000 which, it is understood, will be spent on upgrading and promoting the existing route and installing new signage.

A lot of work has already been done in drawing up the new, national strategy for greenways, Minister O’Donovan said. The key objective was to bring all the various agencies and local authorities together and to create a blueprint for a national network of greenways, which would be of similar standard.

Greenway routes should not stop at county bounds, he argued. “It should be possible to get on a bike in Dublin and cycle down to Cahersiveen,” the Minister said.