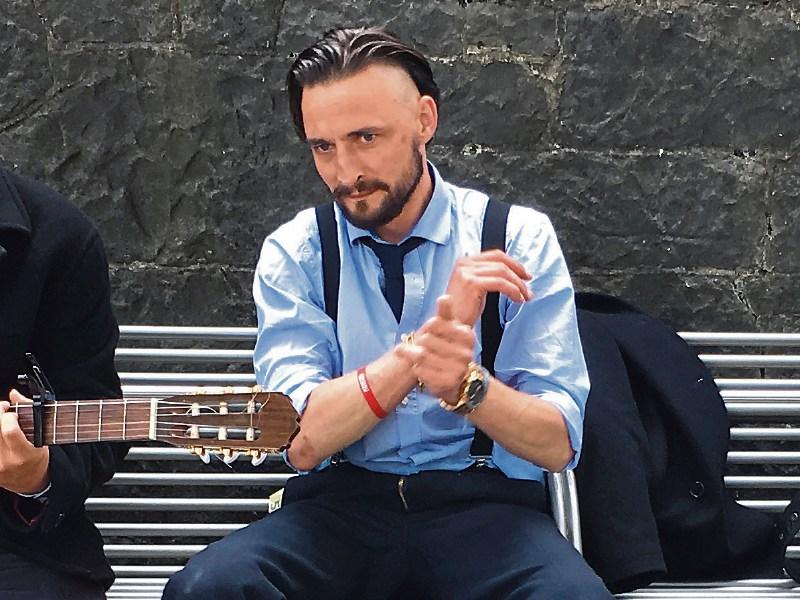 A SLIOTAR was confiscated from former senator James Heffernan last Friday  as he was entering Limerick Courthouse where more than 100 repossessions cases were listed before the county registrar.

The Kilfinane native who made headlines over the summer following his arrest in relation to separate incidents in Galway and Mitchelstown was one of a small number of people who staged a protest outside the courthouse at Merchant’s Quay.

“It’s totally unjust, totally wrong and totally unfair and we are told it is unconstitutional yet it is still going on,” said Mr Heffernan who unsucessfully contested this year’s General Election.

“There are a hundred homes up for repossession in a day and age when €13 billion is owed by Apple to the State. Another eight billion euros was taken from the credit union network and given to AIB and Bank of Ireland to prop them up and these are the same type of banks that are throwing people out of their homes,” he said.

As a result of the violent scenes which took place in May, there was a strong garda presence – inside and outside the courtroom – throughout last Friday’s proceedings.

However, there were no serious incidents and no arrests were made.

While gardai confiscated a sliotar from James Heffernan as he was entering the courtroom no further action was taken.

“I kind of carry a sliotar where I go, I am from Limerick by the way,” he told the Limerick Leader afterwards adding that he wanted to wish the best of luck to the minor hurlers ahead of their All Ireland final against Tipperary at Croke Park.

The former Social Democrats candidate, who secured 3,270 first preference votes in February, said he is supportive of the work being done by the Anti Eviction Taskforce – of which he is a member.

During their protest, Mr Heffernan and other members of the Anti Eviction Taskforce sang songs and played music.