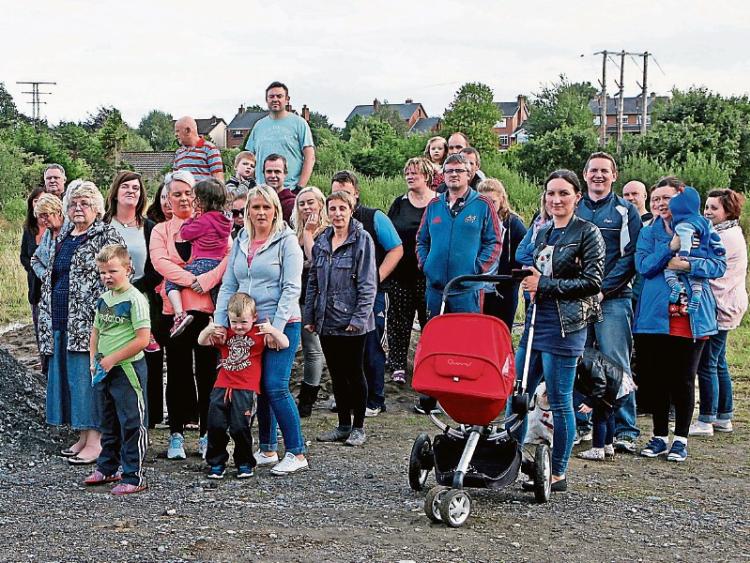 Residents in Drominbeg, Rhebogue, are in the main opposed to the social housing scheme planned for this space in their estate. A public meeting takes place on the issue tonight

A PUBLIC meeting will take place in Rhebogue this evening to discuss the proposed development of social housing in Drominbeg.

Kicking off at 7.30pm in the Richmond Rugby Club, the meeting will provide information to residents on how to submit an objection, information on what residents can object to, and next steps.

The controversial plans have already been stronglyw opposed by locals, who fear a depreciation in the value of their homes, and also an increase in anti-social behaviour.

The proposals were originally put forward by the National Association of Building Co-Operatives, or Nabco.

But it appears they are now back on the table, with the applicant taking the guise of Silvergrove Developments.

This firm is seeking permission to build 21 units in a mix of two four-bedroom, three two-bedroom and 16 three bedroom dwellings in the area.

The Mayor of Limerick, Cllr Kieran O’Hanlon has already spoken out against the plans, saying he will use legal means if needs be to block the development.