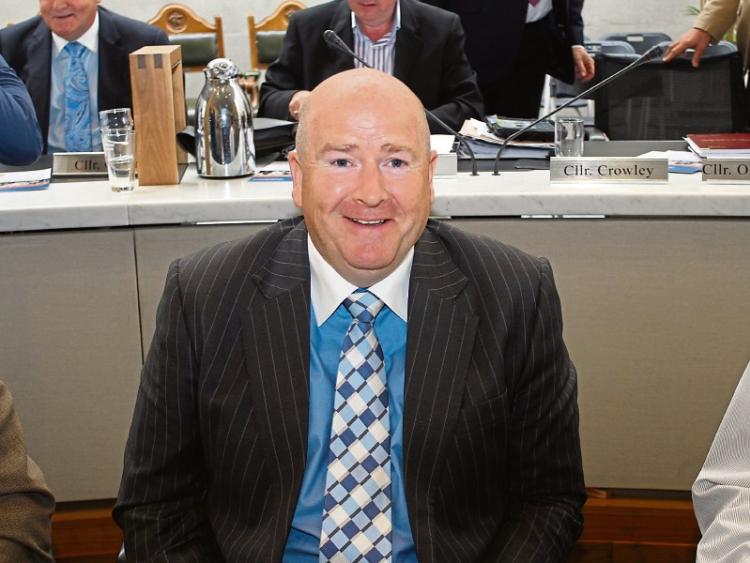 Fianna Fáil councillor Sean Lynch, who is chairperson of the joint policing committee and is a former leading detective in the city, says experienced, retired gardaí should be instructors

CALLS have been made to immediately replace the 10 gardaí who are to be transferred to Templemore to become garda instructors.

Since 2015, the Limerick Garda Division has lost two sergeants and 15 regular gardaí to Templemore, and it is understood that arrangements have yet to be made to replace the latest transfers.

According to Minister for Justice, Tánaiste Frances Fitzgerald, 12 new recruits will be assigned to Limerick Garda Division in November, out of 150 graduates.

Fianna Fáil councillor and retired detective garda, Sean Lynch said that Limerick has been hit the hardest and that the highest number of transfers are coming from Limerick.

“You take Mayorstone, there are four in a unit in Mayorstone and there are two members on leave and two have been summoned to go the garda college. It has been taken out of the hands of the chief superintendent, he has no power over it. We are crying out for members.

“We got four new gardaí from the last passing out at the college, we are getting nothing in the next passing out parade and we are down 10 that won’t be replaced from going to the garda college,” he told the Leader.

Cllr Lynch, who is chairperson of the joint policing committee, said retired members “with vast amounts of knowledge and experience” in specialist areas should be brought back on 12-month contracts to teach the garda trainees.

Fianna Fáil TD Niall Collins said: “Limerick has suffered a disproportionate hit in the reduction of the number of gardaí resulting in many communities being left without any garda presence.

“Now that recruitment has finally recommenced, we need to see Limerick receive its fair share of new recruits emerging from Templemore. Limerick deserves better from this Government and, for far too long, people and communities have been living in fear and this must end soon.”

Chief Supt David Sheahan told the Leader this week that, while it is positive that Limerick is seen as a “good training ground”, the negative is “that it is bodies off the street.

“What I try to do is to put the right people into the right positions. Because, for me, it is important. These people have ambition, they want to take on responsibility and they want to learn and grow. And with the right values and standards, these people drive the performance within the garda division here.

“I create a talented and ambitious staff in the division, and I have seen the creation of a new dynamic of young people here, who deliver high quality policing in all facets of the job. My commitment to the whole organisation is to develop future leadership capacities within the gardaí.”

One senior garda source said that the large number of gardaí leaving is down to the “high calibre” of the applicants.

“It is highly complementary to Limerick, but what we might argue, here, is that when the organisation selects a certain amount of people from a particular division, it is critical that those people be replaced. And they have not to date.”

When asked if there are arrangements to replace these gardaí, a spokesperson for An Garda Síochána said:

The spokesperson said that the Garda Commissioner constantly reviews local and national resources, and that “comprehensive consultation” takes place when resources are being allocated. The spokesperson added: “Where a deficiency in resources is identified the matter is considered fully and addressed accordingly.”

Independent councillor John Gilligan said that it is not about the numbers of gardaí leaving Limerick; it is about the quality of the gardaí who are leaving.

“We should be fighting to hold onto experienced gardaí. A new recruit coming in is fine, but that new recruit won’t have the same street smartness as the people who were taken out. And it will take them years to come up to speed.”