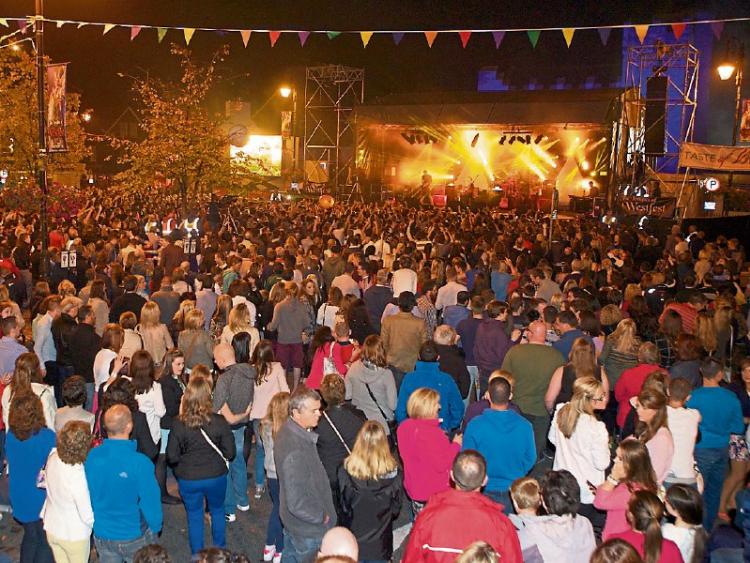 WEST FEST, the September festival which has drawn tens of thousands of visitors and music fans to Newcastle West over the past five years, will not go ahead this year.

A spokesman for the organisers, The  Knights of WestFest Co. Ltd. confirmed this week that the decision was made “as a result of funding uncertainty.”

“We regrettably announce Westfest will not take place in 2016,” he said but did not wish to be drawn further about the details of that decision.

However, the Limerick Leader understands that undisclosed  losses incurred at last year’s festival contributed to the decision. Bad weather led to smaller than hoped for ticket sales and the move from the Square to a large, built venue in the Demesne added to costs.

But it is also understood other factors have played a part. The organisers have, in the past, expressed disappointment at the lack of support from Bord Failte, largely because of an absence of registered bed-nights.

For the first three years the festival got support from West Limerick Resources but last year the organisers applied for support of €40,000 from Limerick City and County Council. They told councillors they expected the 2015 festival to cost €350,000 and to attract 35,000 and pointed out that accommodation in the West Limerick area had been  booked out for the 2014 festival. The councillors granted them €15,000.

“As far as I am aware, there was no request for funding this year,” Cllr Michael Collins said. “It is disappointing it is not going ahead. It was a huge attraction and stimulated a lot of commercial activity in the town over the three days or so of the festival.”

“The biggest problem last year was the weather and that affected the crowds,” he added. “But I would be looking forward to possibility they could revive the festival next year, even on a smaller scale.”

The first WestFest in 2011 took place when the country was in the grip of a deep recession. “Newcastle West was badly affected and we just wanted to put a smile on people’s faces here at a very tough time,” a spokesman for the organisers said, explaining why they had taken the decision to revive the Knights of Desmond festival which subsequently became known as The Knights of WestFest or simply WestFest.  “This wouldn’t be possible were it not for the huge community effort, with over 200 volunteers involved in making it all happen.”

But from the beginning, the organisers were thinking big. Mundy and Hermitage Green were among the line-up for the first festival, and food and additional family entertainment were added in the second year when the Saw Doctors and The High Kings brought big crowds.

And by 2014, Newcastle West was firmly on the festival map and featured Mary Black, the Coronas and Gavin James among others. The fireworks display ending the festival that year was the most spectacular ever.

Last year’s festival involved a very high degree of logistics when the venue was switched to the Demesne and involved a lot of rigging and set up. Unfortunately, the weather affected attendances for UB40, The Stunning and other bands including Walking on Cars and Róisín O.

A number of fund-raisers were organised earlier this year in a bid to make up the losses and provide funding for 2016.

But “funding uncertainty” has now meant the festival is a non-starter, at least for this year.