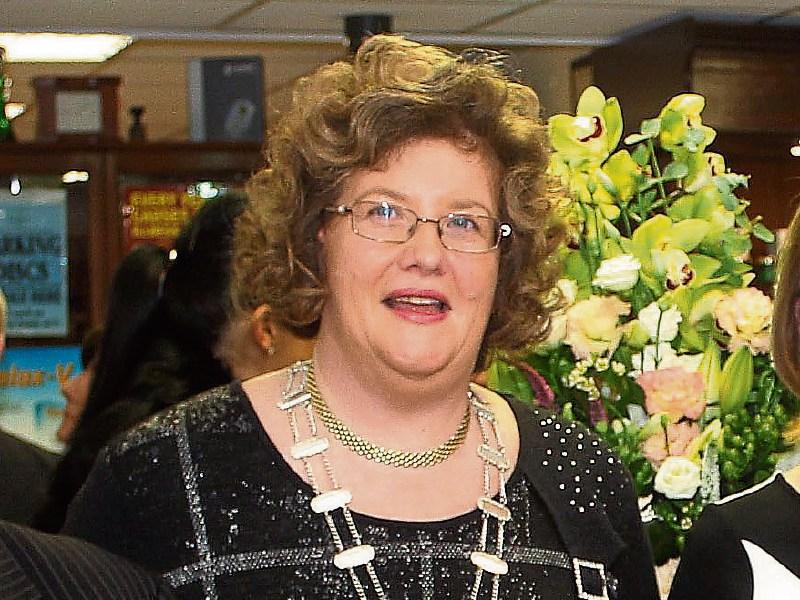 The saga over replacing Senator Maria Byrne on the council continues

FINE Gael in Limerick has been accused of “moving the goalposts after the game has started” over the long-running saga of replacing Maria Byrne on the council.

The party’s local executive committee met this Wednesday night to set a date for the convention to replace the Senator, who was elected in April.

The first contest was cancelled with just hours to go in June, after Patrickswell publican Fergus Kilcoyne – who was due to face Elenora Hogan of the South Circular Road – sought an investigation from Fine Gael headquarters as he cited “serious irregularities” over some of the details of some of the members of the city’s biggest branch.

Mr Kilcoyne has since called for the James Reidy branch to be banned from voting for a year.

But at a Limerick constituency meeting last Monday, a motion was passed to allow all members on a newly published register for the James Reidy branch to be allowed have their say.

It is not known if any of the disputed names and addresses remain on the register, but numerous sources have indicated this is the case.

The initial claims made were that there were multiple Fine Gael supporters registered at the same address, with some members also claiming that some people on the 80-strong register had not lived in the James Reidy branch area for a number of years.

As it stands, Ms Hogan – a cousin of Ms Byrne – is still due to face Mr Kilcoyne after being nominated by her branch.

Although former mayor Kevin Kiely says he will throw his hat into the ring, Ms Hogan would be the overwhelming favourite due to the fact her branch has more members than the Patrickswell and Raheen branches combined.

However, some Fine Gael members – speaking privately – have said they felt “bounced” into passing the motion last Monday, amid fears they could lose their right to vote in the convention.

There is also anger that everyone in City West regardless of where they live in the functional area are being allowed vote if they have two years service.

This is because the same rules did not apply in the neighbouring Adare-Rathkeale constituency when it came to selecting local election candidates, and in the co-option of Cllr Adam Teskey to replace the Dail-bound Tom Neville.

Taking up the story, one high-profile councillor said: “Three years ago, the West Limerick executive updated their records and informed people where they were entitled to vote.”

The councillor explained how many members in overspill areas were informed they had to vote to select members in neighbouring electoral areas, due to the geographic location of where they lived.

Four members of the Patrickswell branch were told they must vote to select candidates in Adare-Rathkeale, as part of it spill over into that area, but the Bruree branch lost 17 members who could not vote in the same area, as their branch is split between there and Cappamore-Kilmallock.

”What is sauce for the goose has to be sauce for the gander,” the councillor said, “If Fergus Kilcoyne does not query why his members were taken out and told they could not vote while members in other branches have suddenly been facilitated, this has to be looked at.”

The Patrickswell branch were not invited to the meeting of the constituency party last week.

The official line is that Patrickswell is not in the current Limerick City Dail area, but it is in the area of City West, and Mr Kilcoyne – who was Fine Gael’s last member to fail to win election in 2014 – is from the village.

Another Fine Gael member said: “They are moving the goalposts after the game has started under their own watch. Last Monday’s meeting should be considered null and void because the Patrickswell branch was excluded.” Metropolitan mayor Michael Hourigan last week said the “decks have been cleared” in relation to the convention, and he would expect Senatory Byrne's replacement to be co-opted soon.