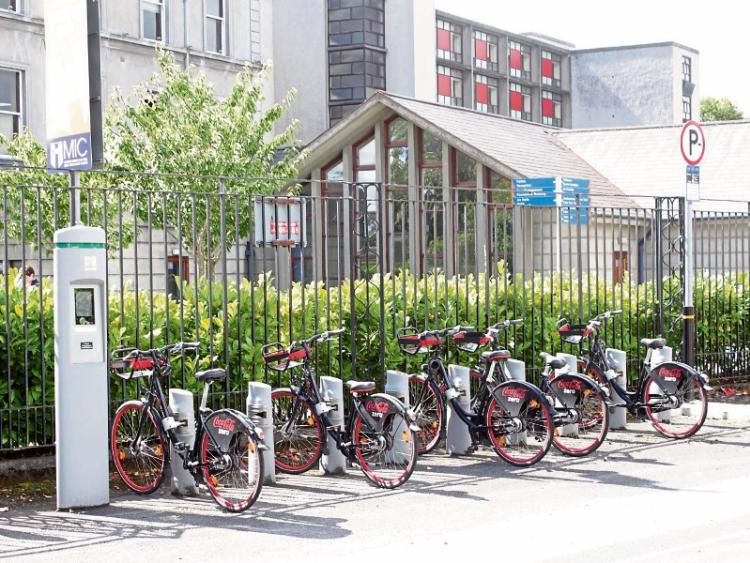 The station at Mary Immaculate College was the most used between January and June Picture: Michael Cowhey

MORE than 16,000 journeys were completed on Coke-Zero bikes in Limerick during the first half of this year, new figures have revealed.

Bikeshare, which operates the scheme on behalf of Limerick City and County Council and the National Transport Authority says there were 2,434 registered members at the end of June.

“There are expected fluctuations in membership as user needs change,” said a spokesperson for Bikeshare citing people who move home or change job.

At present there are 23 stations and 215 Coke-Zero bikes in Limerick with work on a new station at the revamped Colbert Station at an advanced stage.

The half-yearly figures show that usage of the bikes increased month on month as the weather improved and evenings got longer.

The busiest month was in May when 3,387 individual journeys were made totalling 5,681 kilometres.

According to Bikeshare the station at Mary Immaculate College is “by far the busiest” in Limerick.

The stations which are most used in the city centre are located at Arthur’s Quay, Beford Row and Newenham Street.

A spokesperson for the National Transport Authority said the it is reviewing how the Bikeshare scheme is performing in Limerick and will be “promoting greater use of the scheme” in the coming weeks and months.