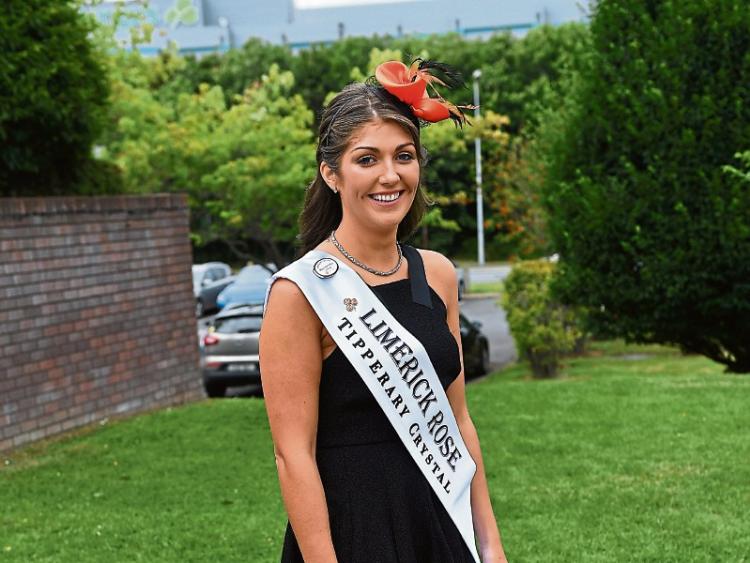 NOT even the hint of a hint of disappointment will be allowed to cloud Marie Hennessy’s happy memories of the Rose of Tralee festival.

“It was brilliant, absolutely brilliant. And if I could do it all again, I would,” she said.

This year’s Limerick Rose was not one of the 32 to make it to the televised final earlier this week when Chicago Rose, Maggie McEldowney took the title.

But the young woman from Rooskagh is adamant it has been  the experience of a lifetime.

And she is looking forward to continuing her role as Limerick Rose until March next year.

“Everyone will continue to represent their county and we are going to continue to work with our charities,” she told the Limerick Leader this Wednesday, still hoarse from all the talking, laughing and cheering of the previous days and nights.

“So much will be happening between now and next March,” she pledged.

Marie, who teaches Irish at Desmond College, Newcastle West, said she really enjoyed her interview with presenter Daithí O’Sé in the Dome. “I loved it,” she said.

This year, for the first time, all 65 Roses travelled to Tralee and there were two “qualifying” nights where all 65 were interviewed.

However, it was only last Sunday that the names of the  32 young women selected to go forward for the televised final, were announced.

The Roses were called at 5.30am, their phones were taken and each Rose was given either a white or a red rose. Only those with white roses went through to the final.

“I wouldn’t want that to overshadow the week and a half of a fantastic experience,” she insisted.

The early start was hard, Marie Hennessy said, and she felt the approach could have been better handled. However, she insisted: “That does not reflect in any way on the Rose of Tralee festival organisers. I think that goes back to RTE.” (RTE commissioned  a special behind-the-scenes programme about the Roses called  Road to the Dome)

“We always knew coming here there were 65 Roses and it was going to be brought down to 32. We are the first ever group of 65 to go to absolutely everything. You couldn’t be disappointed with that. We all had our night in the Dome,” Marie said.

“It has been an unbelievable experience,” she continued. And the 12 days had been chock-full of great experiences, from the five days in Dublin and the reception in Tralee to the Rose Parades and the Rose Ball.

“Every day seemed to top the next.”

After the excitement in Tralee, school came calling for Marie who was back at her post when the doors opened for the new school year this Friday.