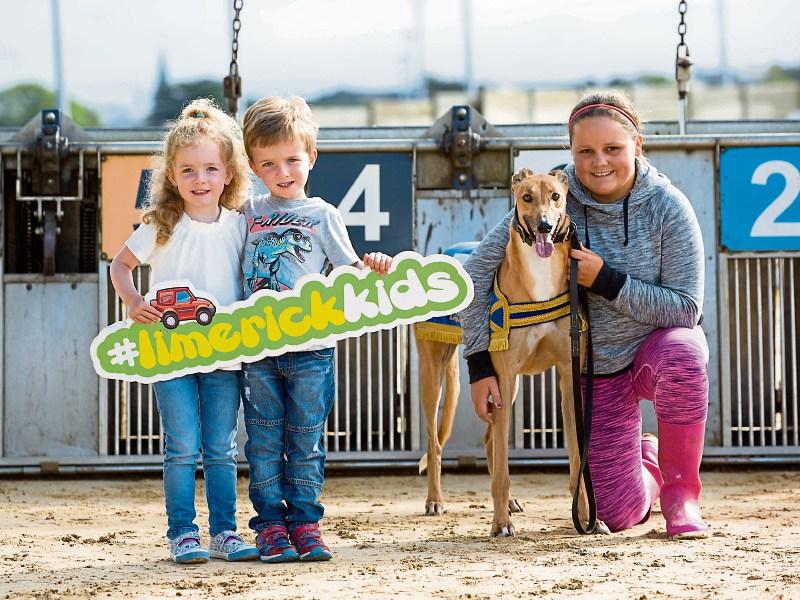 Jake and Lauren Raleigh, Ardnacrusha with Rachael Holland and her greyhound, Gerry at the launch of the 95-Stop-Tour fundraising event [Picture: TrueMedia]

LIMERICK’s Live 95FM is to join forces with Limerick Greyhound Stadium as part of its annual 95-Stop-Tour charity fundraiser.

This is the 7th year of the event which, to date, has raised over €400,000 for the Children’s Ark at UHL and CARI Limerick, which helps children affected by sexual abuse.

As part of this years event, ‘A Night at the Dogs' will take place on Friday, September 16 at Limerick Greyhound Stadium.

The night will feature the usual 12 races in addition to a special “human race” which will feature representatives of shows from across the radio station’s daily schedule.

Nichola Quinn, coordinator of the of the 95-Stop-Tour, says everyone at the radio station is looking forward to this years event, which will see various shows being broadcast from locations across Limerick between September 26 and September 30.

“We are delighted to be involved with these fantastic causes and to help in raising vital funds again this year. We are thanking the listeners of Live 95FM for their support over the years. We simply would not have been able to raise this amount of money without them,” she said.