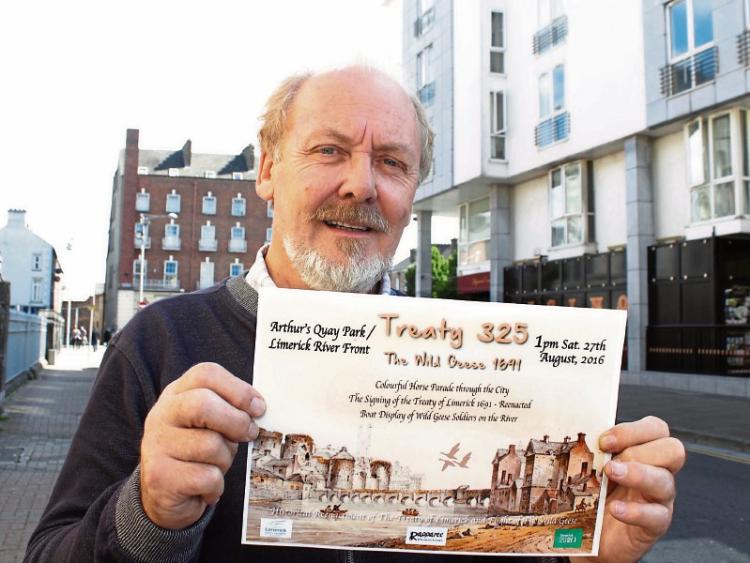 Sean McNamara who is organising the Treaty 325 celebrations this weekend

MORE than 25 horses will gallop through the city this Saturday to celebrate the 325th anniversary of the signing of the Treaty of Limerick.

Sarsfields day is back for a third year this weekend, with the event organiser Sean McNamara combining the annual festival with a celebration of it being 325 years since the historic signing of 1691.

The signing of this Treaty will be re-enacted in Arthur’s Quay Park, while there will also be a boat display of Wild Geese soldiers on the River Shannon.

The free festival will get under way from Arthur’s Quay park from 1pm, and Sean expects it to last until around 4pm.

The cavalcade of horses will be led by Patrick Sarsfield himself, played by John Hourigan, a man seen very much as the forgotten hero of the Siege of Limerick in 1690.

The route will take in Arthur’s Quay, Rutland Street and Patrick Street before it returns to Arthur’s Quay again.

The Treaty itself was not signed until October 3, 1691.

Sean said because of the fact there will be a riverside display, conditions on the Shannon must be perfect.

Looking at the tide forecasts, this Saturday provided the best conditions working back from October 3.