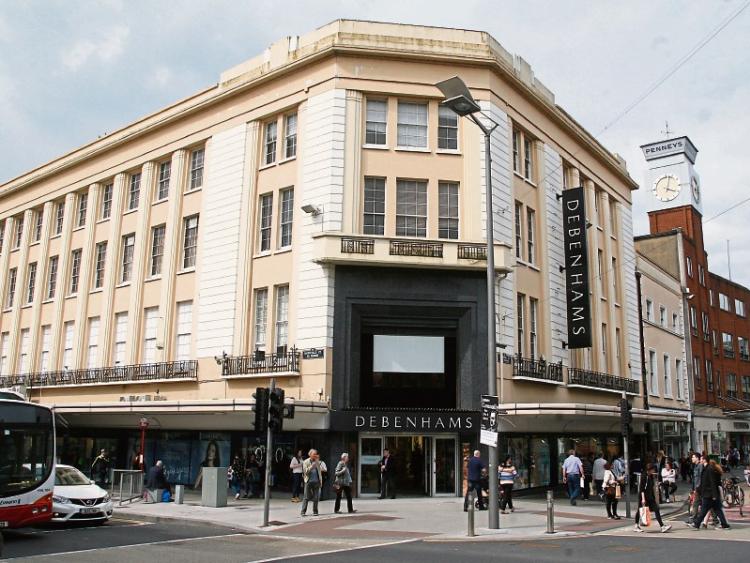 The Limerick branch of Debenhams is set to remain open

LIMERICK’S branch of Debenhams is set to remain open after its parent company’s exit from examinership was approved by the High Court.

There were fears for dozens of local jobs in May after an interim examiner was appointed to Debenhams Retail (Ireland), a wholly-owned subsidiary of Debenhams.

But now a scheme, put together by examiner Kieran Wallace of KPMG and agreed by the majority of Debenhams’ creditors, was formally approved by Justice Caroline Costello at the High Court in Dublin.

The company will formally exit examinership this Thursday.

Debenhams agreed terms with the US fund Marathon Asset Management, which paved the way for the firm’s exit from examinership.

The news was welcomed by Fianna Fail councillor James Collins, who said: “While we are focused on bringing new jobs and new retail to the city, there has to be a focus on retaining the retail jobs already there.”

“The area where Debenhams is has been highlighted by the council as the retail hub in the Limerick 2030 plans, so it is obviously key we have strong tenants and good retailers in that area. It is a key strategic location.”