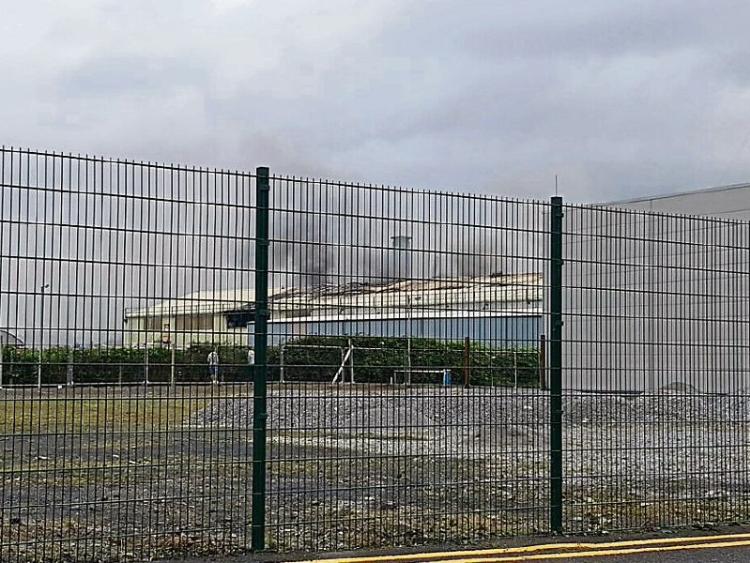 EMERGENCY services were called to a fire at a disused factory near the Dock Road this Friday evening.

Units of Limerick Fire and Rescue Service were accompanied by members of the gardai and ambulance services to the blaze at Atlas Avenue, just off the Dock Road.

While the cause of the fire is at this stage unclear, it is understood nobody was present. Emergency services were alerted to the scene at around 6.30pm tonight.

One witness told the Limerick Leader of how at the height of the blaze, the flames and smoke were visible from the Dock Road.

The plastic roof of the building and completely melted and burnt.

The out-of-use factory lies on the banks of the River Shannon, beside a slipway used by Limerick Marine Search and Rescue.

One man who arrived on the scene claimed he had purchased the factory building in question from a bank in the last week, and had planned to divide it into smaller units.

He declined to give his name to gardai and left the scene.