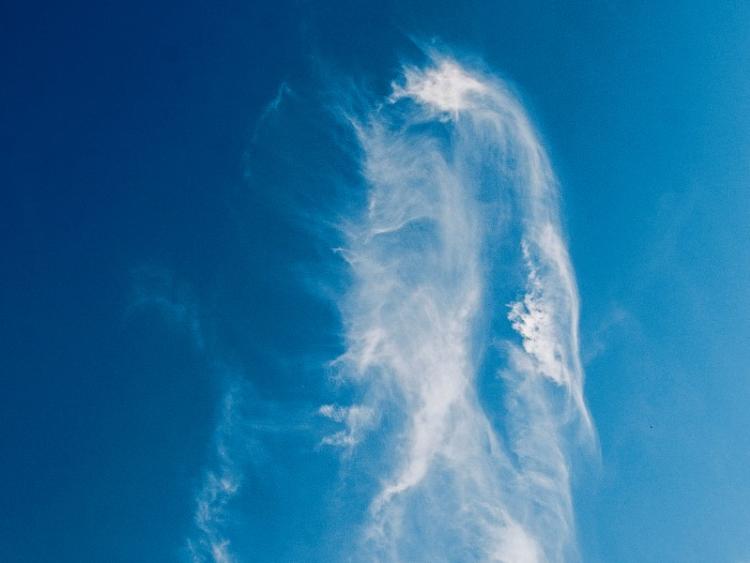 A face in the cloud? Picture: Frank O'Shea

A LIMERICK amateur photographer believes he may have captured a spiritual image in the clouds above Knock.

Millions of people believe that the Virgin Mary appeared in the Co Mayo village in 1879.

Now, Frank O’Shea from Limerick city centre, believes a cloud he snapped in the skies above Knock's apparition chapel also bears the distinct image of a face and neck.

Although he admits this image looks more like a female than a male.

He was in Knock on the feast of the Assumption this week, and took a picture of a distinctive cloud above, appropriately, the Apparition chapel.

“The face is clearly distinguishable. All I can say is that it was taken at a religious location, and it was a religious event, particular to Our Blessed Lady, the feast of the assumption,” Frank, who has only recently started going to Mass again, said.

As he took the picture, the Rosary Procession with the statue of Our Lady of Knock approached the chapel.

Frank admits that he took the picture initially thinking it was an interestingly shaped cloud.

It was only on the coach back to Limerick he looked at his camera, and realised there was the distinct outline of a face and neck in the cloud.

“It looks like more than a face in the clouds. It is most unique,” the photographer said.

“The location puts an extra impact on it,” he added.

He says he captured the image between 4.15pm and 4.30pm on Monday last.