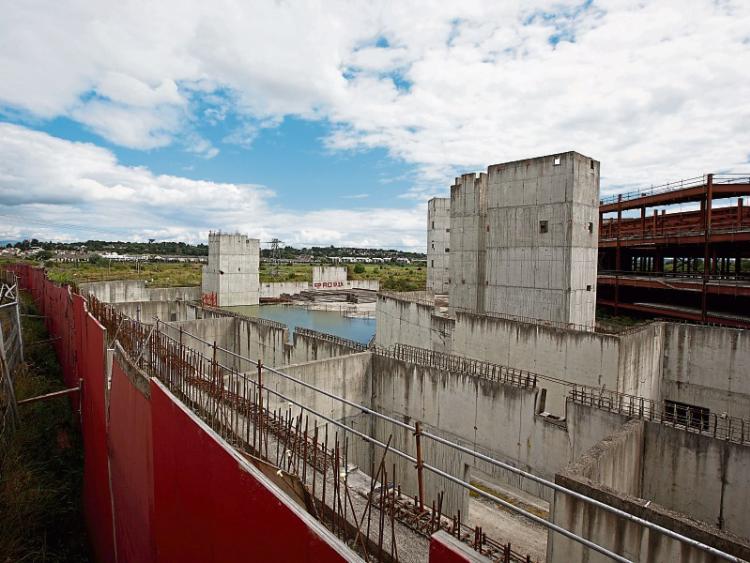 The former Parkway Valley site on the Dublin Road

COUNCILLORS are to seek meetings with Limerick city planners after the new owners of the Parkway Valley sought an extra year to complete the half-finished site.

As revealed by the Limerick Leader this week, Capital Assets, based at Howley’s Quay, is seeking an extra 12 months to develop the site as a 63,000 square foot shopping mall.

Originally presented in 2014, these plans provide for two anchor tenants – one being Marks and Spencer – as well as 37 smaller units at the partially-completed Dublin Road site. Twelve restaurants are also being proposed, along with a leisure centre, creche, public library and park.

It is understood that Capital Assets is only keeping its options open as to the future of the site, and its future may not lie in retail.

But Helen O’Donnell of the Limerick City Business Association says it would be “mad” to offer an extra 12 months for retail.

Fianna Fail councillor James Collins says he believes the site has been “dezoned” – meaning it is no longer zoned for retail.

He added: “The council’s policy to date has been for further retail and for this development to happen in the city centre. Obviously, there is a half built site on the edge of the city with planning permission on it. Developers out there will no doubt see a value on it. But the council’s preference all along is to try and develop the city centre, and this is what we are trying to do.”

Ms O’Donnell believes numerous appeals against the move to expand planning permission are “inevitable”, adding: “Obviously it is important something happens to the site. But large scale retail should not be on that list.”

Metropolitan district mayor Michael Hourigan said: “I honestly believe myself, and have said this time and time again, that we have plenty of retail space in the city limits. The last thing we need is another huge retail development on the edge of the city. I’d prefer to see offices there.”

This is a view backed up by city retailer James Ryan, Centra, says this latest application must serve as a “call to action” to the council to start prioritising the urban area.

“There are plenty of other things which can go on that site. It is now time for the city council to stand up, talk to Marks & Spencer, or whoever, and offer them sites in the city centre.”

Sinn Fein councillor Séighin Ó Ceallaigh, who represents the area at City Hall, says: “People are just sick of seeing a derelict site. Something needs to be done with it.”

But he questioned whether retail would “survive” there, given the fact that particular area already has four business parks, some with vacant units.

The council said the application would be decided “on its own merits”.

They indicated a decision will likely be made within the next eight weeks.