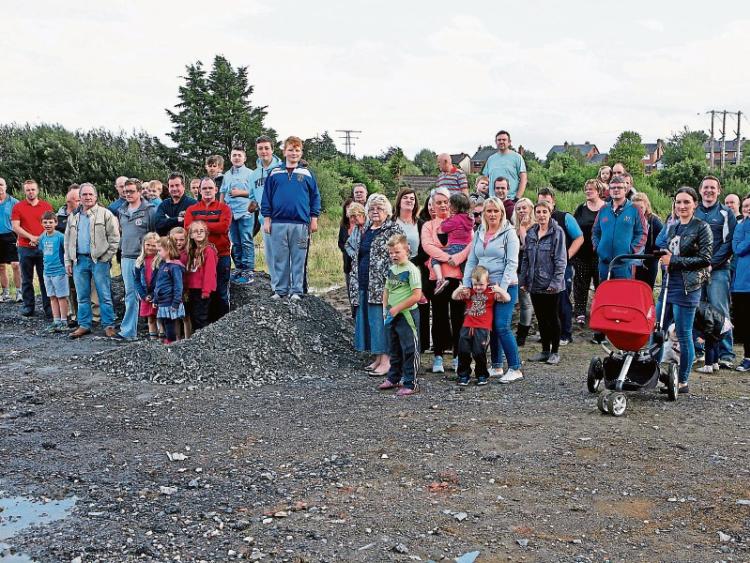 Silvergrove Developments has announced its intention to build 21 units in a mix of two four bedroom, three two bedroom and 16 three bedroom dwellings at the Drominbeg estate in the area.

There was anger among residents last year when plans for the same number of units were presented, with this development set to be completed by the National Association of Building Co-Operatives (Nabco).

It is unclear if the planning application advertised in the Limerick Leader is the same development as this one which was opposed vociferously by residents.

But with green space at a premium in Drominbeg, the fact the applicant is seeking the same number of units as Nabco, and Silvergrove Developments registered to the council’s building at the Granary building in Michael Street, it is hard not to see how they could be related.

For its part, Limerick City and County Council said it would be “premature” to comment in the absence of a formal planning application.

The local authority stated it is aware of the planning notice in the Limerick Leader. Under planning law, any applicant has two weeks from the publication of such a notice to submit an application.

Mayor of Limerick, Cllr Kieran O’Hanlon – who resides near the area – says he will continue to oppose any social housing development.

“There are no other spaces in Drominbeg, so it must be [the same development],” he said, “You can be sure I will continue to oppose this in every way I can, even perhaps legally.”

He added: “I think fundamentally it is wrong to put 21 social houses into an estate which already has housing of this type, and is a small private estate.

Cllr O'Hanlon accepted the view that the council needs housing.

“But the council made mistakes in Moyross and Southill in the past, and I think this could be another monumental mistake they are making.”

Over 100 local residents attended a meeting in opposition to the project at Richmond Rugby Club last summer, as can be seen from our photo.

Then, they expressed concerns the development could see more value wiped off their homes, an increase in anti-social behaviour, and the loss of a green space at the front of the estate.