ISPCA appeal for information on neglected donkey found in Limerick 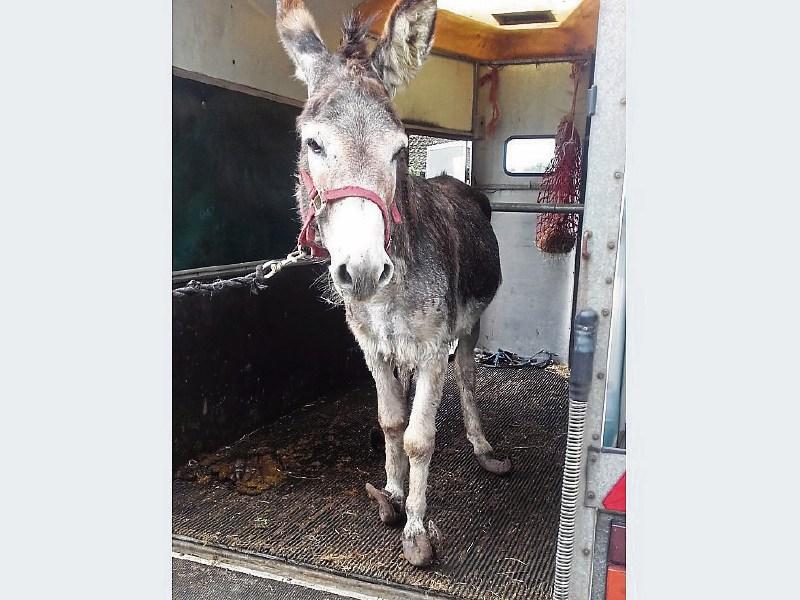 HORRIFIC pictures showing the neglect donkey abandoned in Limerick has endured have been circulated by the Irish Society for the Prevention of Cruelty to Animals (ISPCA).

The ISPCA is appealing for information regarding an abandoned donkey found in Feenagh, county Limerick, which was rescued by ISPCA Inspector David Walsh and found to have severely overgrown hooves.

Inspector Walsh responded to a call made to the ISPCA National Animal Cruelty Helpline and discovered the grey middle aged male stallion donkey running loose in a laneway through a farm. 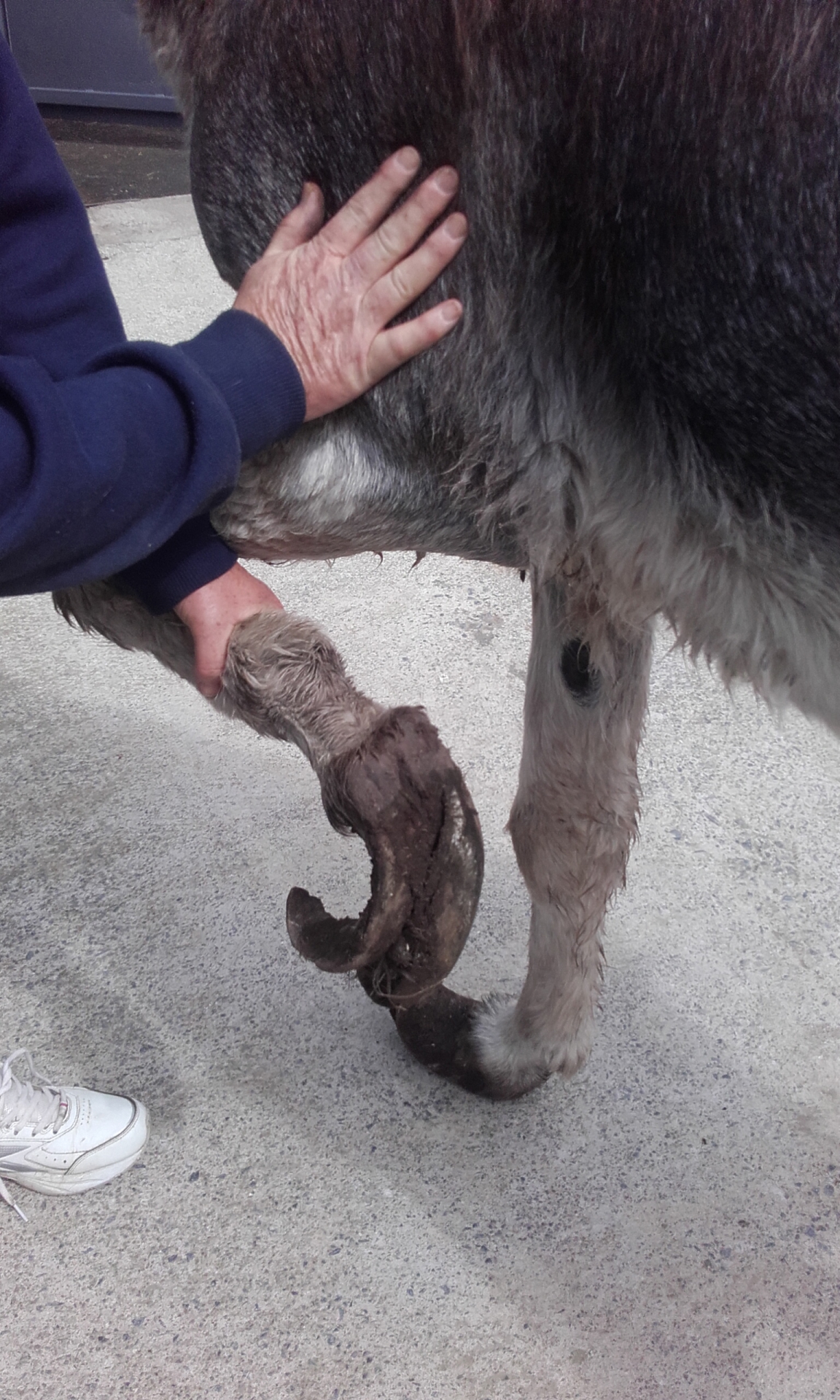 "The donkey’s hooves were severely overgrown which would have been extremely uncomfortable," the ISPCA highlighted.

The donkey was immediately removed and brought to the Equine Rescue Centre in Mallow to be examined by a vet.

"He was bright and alert and in good general health, but his mobility was impeded by his overgrown hooves which were trimmed to alleviate his suffering. The donkey was not microchipped and investigations are continuing to locate an owner," said the ISPCA in a statement this Monday.

"This kind of neglect is easily preventable with regular farrier treatment, and there is no excuse to let a donkey get into this state. This neglect would have taken some time, and would have been extremely uncomfortable for him,” said Inspector Walsh. 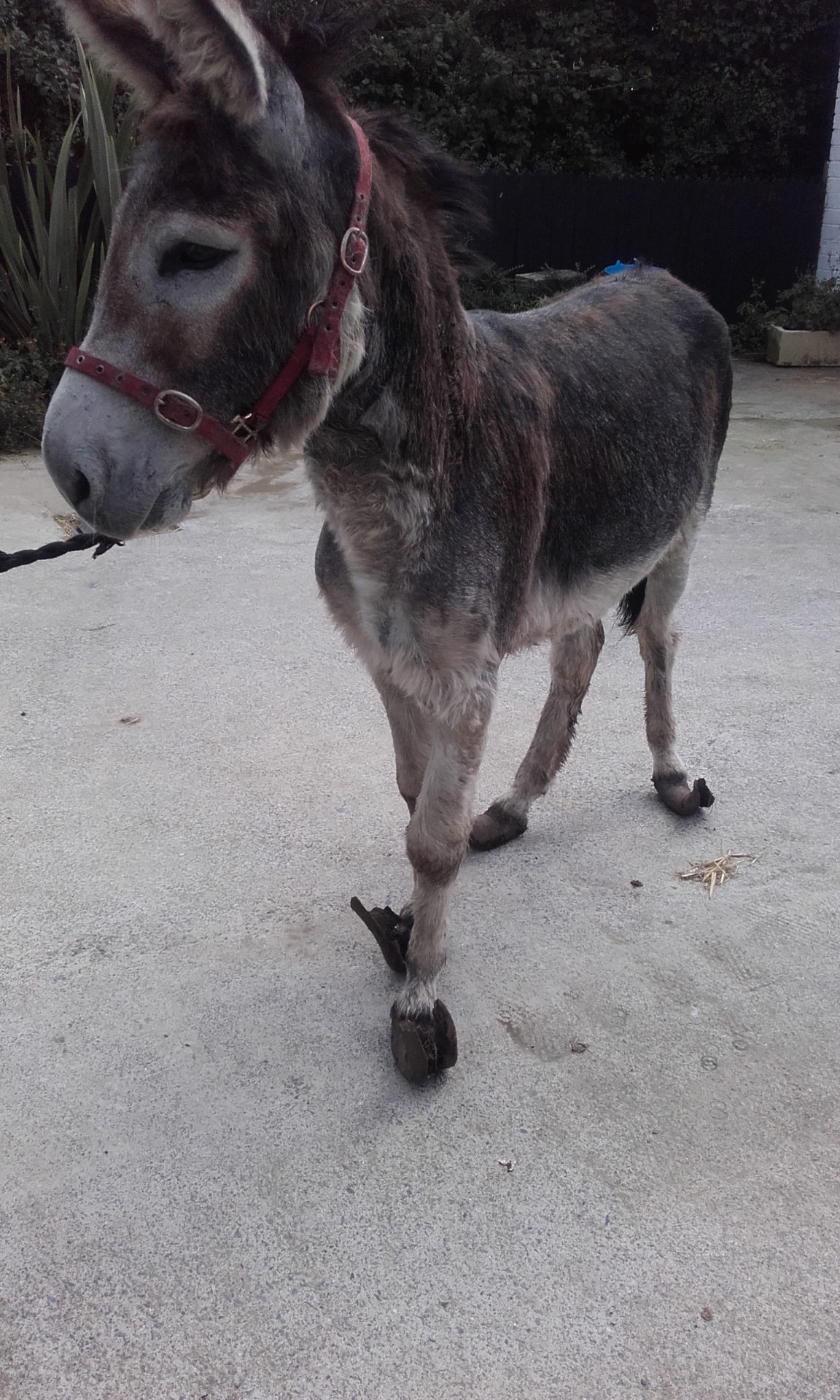 Hoof care is an important part of responsible donkey ownership and just like horses and ponies, donkeys need their hooves trimmed every six to 10 weeks to prevent common conditions.

The donkey has since been transferred to the Donkey Sanctuary for rehabilitation and they expect he will make a full recovery and will be available for rehoming once he has fully recovered.

If any member of the public has any information regarding this donkey, please contact the ISPCA National Animal Cruelty Helpline in confidence on 1890 515 515 or report online here www.ispca.ie/cruelty_complaint.