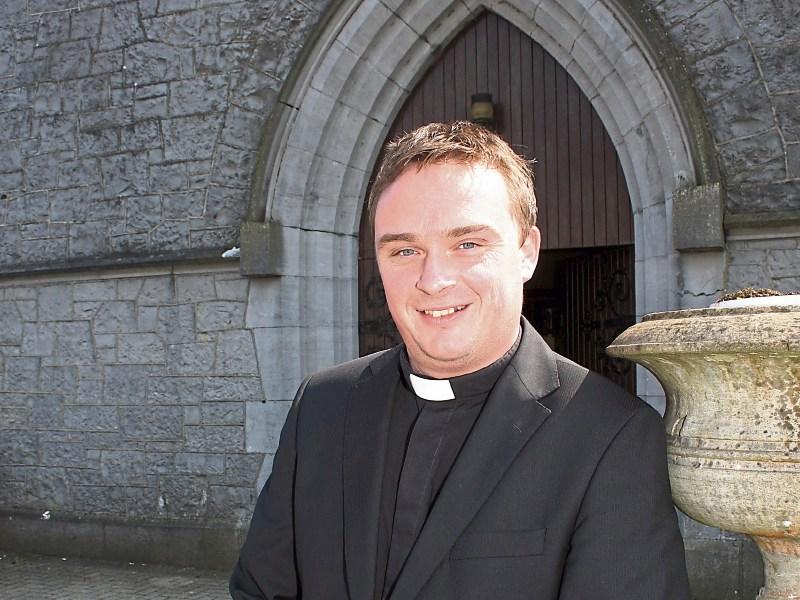 A COUNTY Limerick priest, who is one of the youngest in Ireland, has defended the national seminary in Maynooth from anonymous allegations of “homosexuality and misconduct”.

Fr Ger Fitzgerald, Castleconnell, who only left St Patrick’s College in 2011 and is still in contact with priests there, says it is being portrayed as a “golden house of debauchery, sin and squalor”.

“In my time, this was not the case. No parties were had and there were no drinks in rooms. This simply did not happen during my years,” said Fr Fitzgerald, who entered the seminary in August, 2005.

Now based in Ennis, the 36-year-old says he felt he “should say something considering the recent storm that appears to have engulfed my old alma mater”. To have an image of Maynooth as a replica of a Christmas party in The Wolf of Wall Street is an “inaccurate representation”, he said.

“As students in my time, we were all there with a purpose in mind. We all wanted to be close to God because we love God and were trying, in our own flawed way, to serve him in his church.

“This is why I have such an issue with what is happening currently. The church that I love with all my heart is once again taking a battering. This goes further than just the institution of Maynooth College. This strikes again right to the heart of the church in Ireland,” said Fr Fitzgerald.

Clouds have gathered over the seminary ever since Archbishop Diarmuid Martin explained his decision to send seminarians to Rome instead of Maynooth due to allegations of a "homosexual, gay culture - that students are using an app called Grindr, a gay dating app".

The Leader understands that one Limerick priest is due to go back shortly to study for a Bachelor of Arts degree in St Patrick’s College and that Bishop of Limerick, Brendan Leahy is going to discuss the matter with him. Two other Limerick men are about to start in the Irish College in Rome.

While most of the Limerick diocese’s seminarians over the years went to Maynooth, others also studied in Thurles, Carlow, Waterford, amongst others.

After being contacted by the Leader for his thoughts as somebody who studied there, Fr Fitzgerald stresses these are his reflections and reminiscences.

“I cannot speak for any other student, perhaps even less so for the students who are there now. I must also say that even just one case of abuse be that verbal, physical, sexual or in any form is one case too many and should be investigated rigorously.

“I have read absolute horror stories of formation meetings turning into interrogations about a person’s sexual orientation, spiritual direction gone awry and other such disgraceful events. If it is ongoing then things have certainly changed in the five years since I left Maynooth. In my time, formation meetings, which are semester meetings with your director of formation, were deeply respected by the vast majority of students.

“As for the experiences I have read in the papers of formation meetings becoming something which could be included in the 13 enhanced interrogation tactics used by the CIA, this categorically was most certainly not my experience,” said Fr Fitzgerald, who believes it is a time for all parties to come together and to openly, not anonymously, discuss “whatever it is that is rotten in the state of St Patrick’s College”.