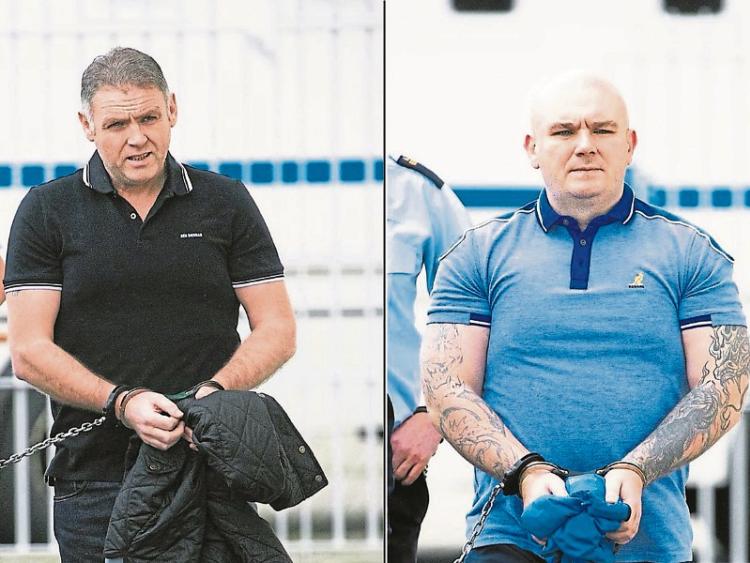 BROTHERS Brian and Kieran Collopy are expected to appeal the severity of the sentences imposed on them for drugs offences.

Both were sentenced to eight years imprisonment, last month, after they pleaded guilty to possession of over €37,000 worth of heroin for the pupose of sale or supply.

Imposing sentence the judge described the offence as a "covert calculated commercial enterprise carried out for the financial benefit of the two accused".

He said both were effectively peddling drugs which were dangerous and deadly to society.

Earlier, Detective Sergeant Alan Cullen, of the divisional drugs unit, told the court when a team of gardai arrived they found €37,021.60 worth of heroin – amounting to approximately 10 ounces, or 264.44 grams – on the kitchen counter-top.

“Ounces of heroin would normally be sold to wholesalers, who would break it down and sell it on, normally at around three to four grams to dealers,” he explained.

“This [operation] was at the top of the pyramid as regards heroin and the operation was in progress as gardai went in. They effectively ran themselves into a corner, as opposed to trying to escape,” Det Cullen told the court.

John O’Sullivan BL, prosecuting, said the State had produced a coercive case against both men, who were “caught in the act of bagging heroin for wholesale distribution”.

In mitigation, the court heard the brothers had indicated an early plea of guilty and had been in custody since their arrest.

Legal sources have confirmed that prior to the beginning of the summer vacation, lawyers representing the Collopy brothers begun the process to appeal the severity of the prison sentences imposed.