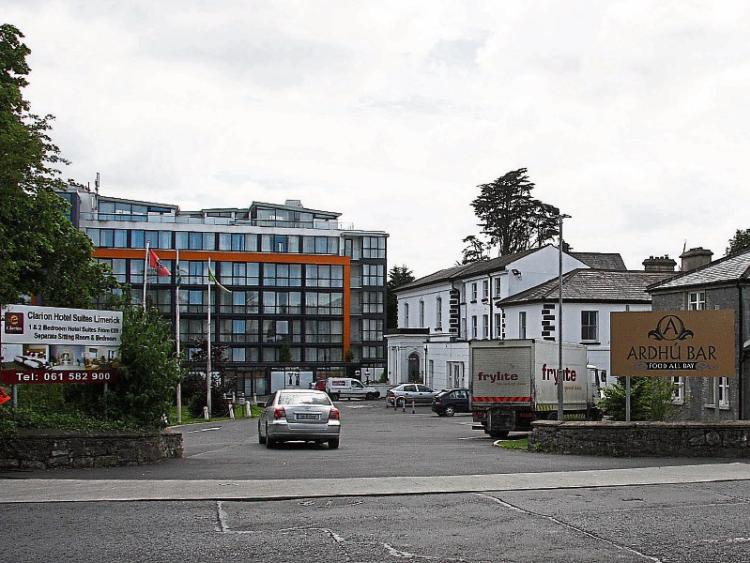 CONTROVERSIAL plans to convert an old hotel to an apartment complex have been appealed to An Bord Pleanala.

More than 50 people objected to plans to change the former Clarion Suites hotel at the Ennis Road into 61 apartments, as well as building four new units at the neighbouring Ard Hu House, plus a children’s playground.

Despite this, Limerick City and County Council gave the project conditional planning permission, with a stipulation the developer must come to a deal with the local authority on the provision of social and affordable housing.

Now, two parties have launched an appeal against the planning permission to An Bord Pleanala.

Agents for Willie Sexton, whose company Powtown Ardhu own the leasehold interest in the neighbouring Ard Hu Bar, and a local residents group led by Rachel Dickinson have written to the national appeals body.

McMahon and Hardiman, acting for Mr Sexton, say he is “adamant” that due to the increased traffic level this development could bring, it would have a “detrimental effect on his business”.

This, they say, is because “many of his customers are dropped off and collected by vehicles which enter the site via Roses Avenue access and exit by the Ennis Road and vice versa”.

It is pointed out that only very recently have “no through road” signs been erected in the car park.

“Our client feels the development as proposed is badly laid out as the large car park and children’s play area are poorly located. The proposal to locate three houses to close to and facing directly to the entrance of his premises will not work, and will inevitably cause problems,” McMahon and Hardiman state. In their objection, the residents point out that putting a children’s play area in the car park “is not only unacceptable, it is dangerous”.

They also raise privacy concerns, adding: “The applicant’s proposal is for all apartments to overlook a car park from their living areas. This is unacceptable to both residents of apartments and residents of the houses they would overlook.”

They say the project, if granted, would give rise an an “unacceptable” level of noise and pollution.

Concerns were previously raised over an increase in demand for electrical power in the area, a rise in the need for clean water, and the “unsightly” appearance of more aerials and satellite dishes from the development.

An Bord Pleanala will decide on the proposal by the end of November next.