Rose fever on the rise in West Limerick 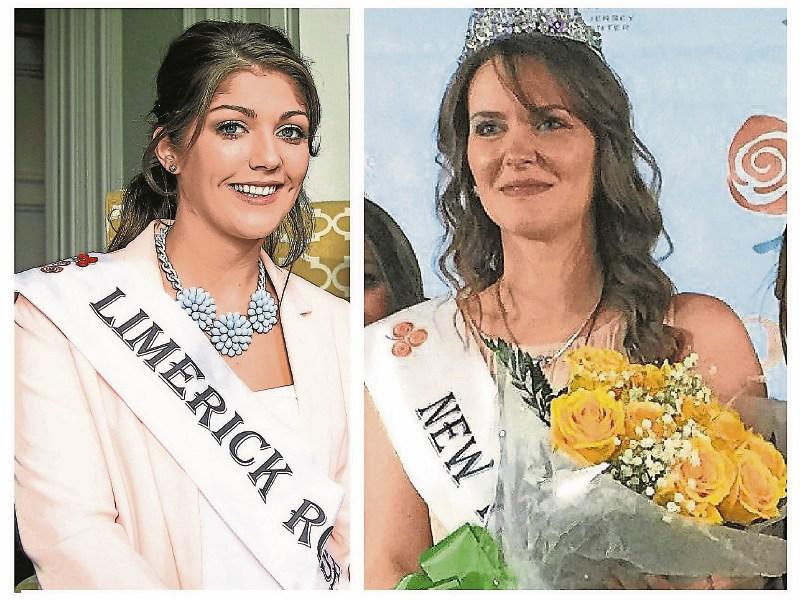 ROSE fever is on the rise throughout West Limerick and hopes are high that Limerick Rose, Marie Hennessy, from Rooskagh, Athea will take the crown this year and copperfasten Athea’s claim on the Rose of Tralee title.

In 2007, when Lisa Murtagh won the coveted title for New York and for Athea, her second home, there was great cheering and celebrating in Athea as her mother Breda Geoghegan is a native of the parish.

But now, a War of the Roses could be looming in Athea as New York Rose, Kirstin Stack, who also has deep roots in Athea, will be vying for the title and going head to head with Marie Hennessy in the contest which takes place in Tralee later this month.

Kirstin’s dad, Mike is from Athea but emigrated to the US over 30 years ago. He and his wife Jackie, a Tralee woman, live in New Jersey but Kirstin’s nan, Norrie Stack and her aunt Mary Murray still live in  Athea as do many other relatives.

Already dozens of Stack relatives have booked their seats in Tralee and according to Mary Ann Stack: “Everyone is superexcited. Athea is getting behind her.”

Kirstin, she added, is working towards a Ph D and wants to work as a researcher in the field of corporate social responsibility.

Limerick Rose Marie Hennessy however is simply soaking up the experience of representing her homeplace and her county.  “I am absolutely thrilled to have been selected to represent Limerick at this year’s Festival. I cannot express in words what this experience has been like so far and I am very much looking forward to everything that is yet to come,” she said this week as she prepares for the whirlwind that is the Rose of Tralee contest and festival.

Marie and all the other Roses will go on a five-day tour of some of the country’s top tourism landmarks before arriving in Tralee in a fortnight’s time. And with her and Kirstin on the Rose bus will be the Western Canada Rose, Molly Fogarty, who also has family connections to Limerick.

Marie, 27,  represented Muscular Dystrophy Ireland (MDI), in the Limerick selection and is an UL graduate in English and Irish. She teaches in the Desmond College, Newcastle West and also spends time each summer at the Irish college, Coláiste Bhréanáin in Ballybunion. “I was so proud to push my own boundaries and get out of my own comfort zone and to represent Rooskagh,” she said after she was named Limerick Rose.

Though there was an option to do a party piece on the night, Marie chose not to do one. Instead she had to explain where exactly Rooskagh was. “The starting point for me was Rooskagh and where it was,” she laughed, “and I talked about where I worked, and that I am very passionate about Irish language. I have spent every summer, for the past 10 years, in Coláiste Bhréanainn, in Ballybunion. That is a huge part of my life. I wouldn’t know my summers without it.”