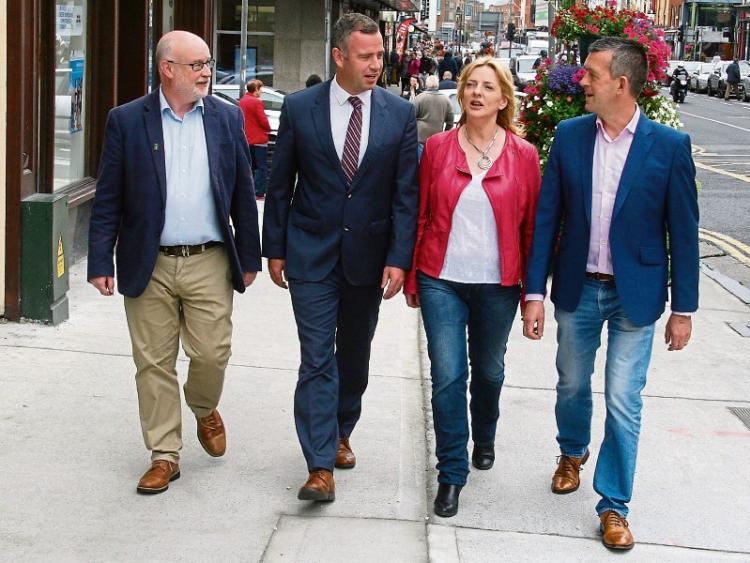 LIMERICK should market itself as the “gateway” to the Wild Atlantic Way in the same manner Tromsø in Norway promotes itself as the entrance to the Arctic Circle.

That’s according to Ireland South MEP Liadh Ni Riada who was in Limerick last week.

There has been disquiet from many people over the fact the majority of Limerick is not on the tourist trail.

At present, only the area around Foynes lies on the Wild Atlantic Way.

But Ms Ni Riada said: “I think a more practical approach would be identify Limerick in its own right as offering something unique, rather than it being tagged onto the Wild Atlantic Way. There is no reason it cannot be a gateway into it. But outside of that, Limerick has much more to offer.2

The Sinn Fein MEP – who hails from Kerry – added: “Tromsø is used as a gateway to the Arctic Circle. There is no reason why Limerick cannot be marketed as the gateway to the Atlantic.”

On her visit to Limerick, Ms Ni Riada met the Limerick Chamber, Limerick Marine Search and Rescue at its offices in the Dock Road, and various mental health groups at Sinn Fein’s new office in Lower Denmark Street.

She believes voluntary groups need more support, saying: “These groups spend much of their time splashing around for various pots of money, and they cannot keep their heads above water.”

On the long-awaited Cork to Limerick motorway link, Ms Ni Riada said she would continue to press for it at European level.

“It does come down to the political will. When you look at the money spent in other areas, for example, the whole debacle with Irish Water, we have to level it off and say: ‘Well if they invested in this and looked at the increase against the economic benefit,” she explained, in reference to the government.

Despite Limerick’s defeat to Cork in the bidding for the European Capital of Culture, she is confident Limerick can build on this, saying she believes the city’s bid is “self sustainable”.

“You have to wonder where the thinking was when they gave it to Galway,” she said, “Galway is very well established. It does not really need this kind of initiative as much as Limerick does.”