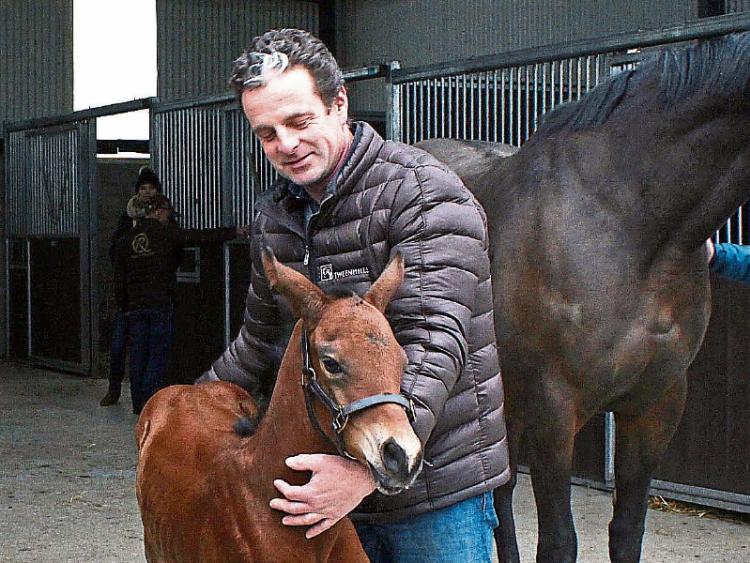 A COUNTY Limerick man is set to ride in the toughest horse race in the world to raise money for the toughest men in racing.

Peter Molony flies out this Sunday to take part in the Mongolian Derby to collect finances and create awareness of the Irish Injured Jockeys Fund.

“Help me make a difference for a cause I care about,” said Peter.

The Irish representative of Qatar Racing, owner of Rathmore Stud and manager of Spring Lodge in Crecora, will earn every cent as it is a 1,000km marathon in 40km stages and takes about 10 days.

The route follows the long distance postal system set up by the infamous warrior and ruler - Genghis Khan - in 1224. The Crecora man is more used to riding thoroughbreds on green pastures but in Mongolia he will be saddling the country’s breed of pony on its harsh landscape.  First he has to catch one and his judgement of an animal will be important as he is stuck with it for the duration of each 40km section to the next horse station.

“Some mad friends [David Redvers, Kevin Darley, Gareth Jones and Chips Broughton] and I are heading off on Sunday. It is said to be the toughest race in the world.

This isn’t Peter’s first venture into the unknown as last year he and friends rowed from Northern Ireland to Scotland for St Vincent de Paul. He also rode in a charity race at Limerick Racecourse.

Peter has set up a charity page and says no donation is too small. Log onto www.everydayhero.ie and search his name to donate.