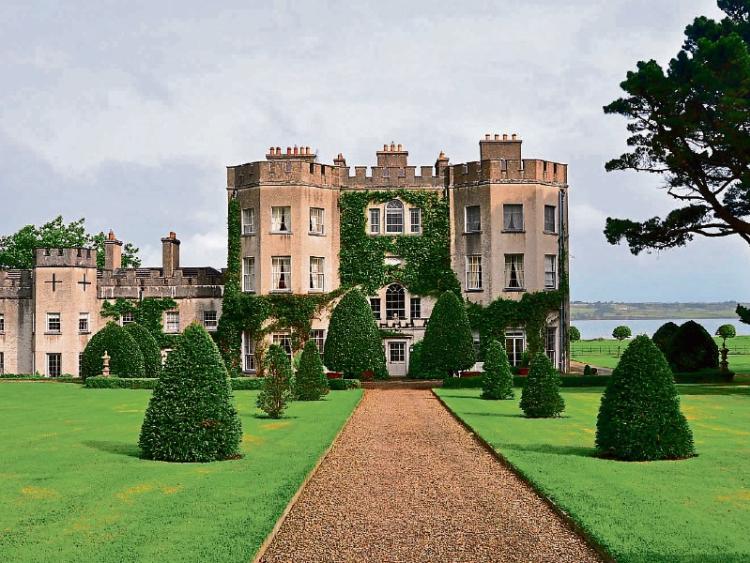 NO firm decision has been made about the future of Glin Castle, Madam Olda Fitzgerald confirmed to the Limerick Leader  this week.

This follows on stories that appeared in various media over the weekend which claimed that the family had decided not to sell  the castle  and instead to run it as a boutique hotel.

However, Madame Olda Fitzgerald, widow of the late, last Knight of Knight, told the Limerick Leader: “It isn’t at all definite.  We are all hoping it will be. There are all sorts of things happening.”

The family was discussing various options, including the hotel option, she indicated, but nothing firm had been decided.

The castle was  put up for sale last year and the guide price now stands at  €6.5m. It is understood there has been some interest in the property from abroad.

Meantime however, anybody with €10 to spare can enjoy their own tour of Glin Castle and the gardens on Sunday, August 7.

“Thanks to the generosity of the Fitzgerald family, we are again able to host our open day at the castle,” John Anthony Culhane, chairman of the Glin Development Association explained. “The money raised will go towards the repairing of St John’s Heritage Centre.”

The open day begins at 12.30pm and runs to 6.30pm with hourly tours and a refreshing cup of tea to finish.

Urging people to come along and enjoy the event, Mr Culhane said that work was progressing on a feasibility study for St John’s Heritage Centre.

“The idea was to look at the possibility of transforming the centre, the old Church of Ireland church, into a museum which would tell the story of Glin and of the 700 years of the Knights of Glin,” he said. The proposal took root following the death in 2011 of Desmond Fitzgerald, who was the last in the line of the Knights of Glin stretching back 700 years.

The local community was keen to maintain the historical connection as well as to capitalise on the village’s location on the Wild Atlantic Way Mr Culhane said, Developing the Heritage Centre as a visitor attraction would be key to this.

If the castle were to remain open, it would complement the museum proposal, Mr Culhane added.