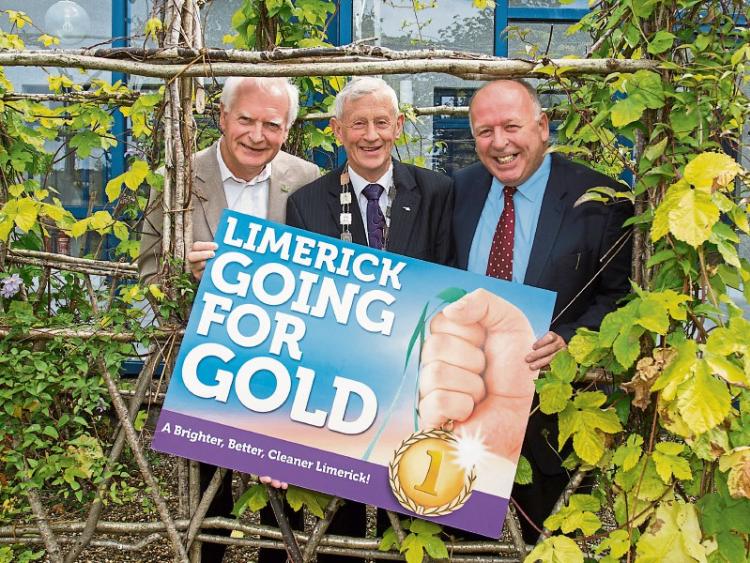 COMMUNITY groups and organisations across the city and county will be seeking public support over the coming weeks as the Limerick Going for Gold campaign gets underway.

Beginning this Thursday, a weekly public text vote will take place as six different areas are featured in the Limerick Leader and on Live 95FM’s Limerick Today programme.

The public text vote (texts cost 20cent) will begin at 12midday each Thursday with the weekly winner being announced on Friday mornings.

Each of the weekly winners will go forward to the grand final along with a number of wildcard entries which will be selected by a panel of local judges next month.

The results of the national Tidy Towns competition will be combined with the votes of the local judges with the winners being announced at a gala event in October.

Over 140 applications were received for the competition, which is funded by the JP McManus Charitable Foundation and run by Limerick City and County Council.

“We are delighted to be supporting the initiative this year and it is great to see and read about the Trojan work that is being done in communites right across the city and county,” said Eugene Phelan, editor of the Limerick Leader.

“We wish everyone the best of luck in the competition and congratulate them on all their hard work to date,” he said.