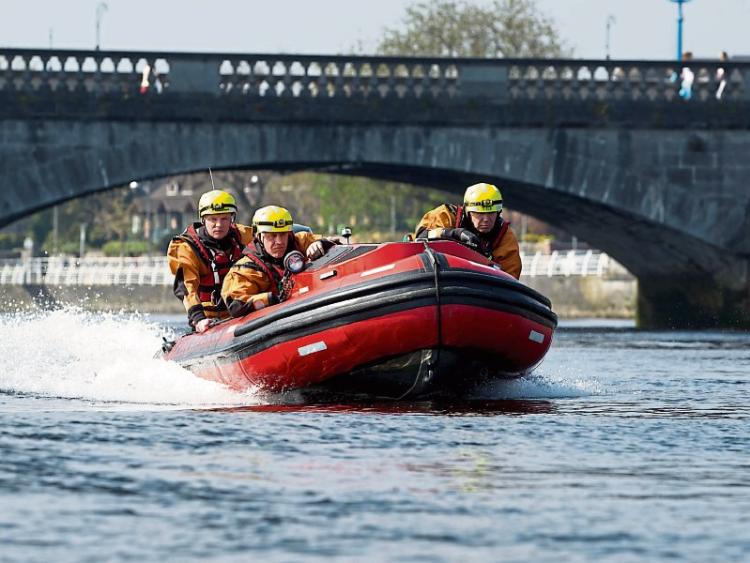 The FireSwift rescue boat was launched during the rescue operation

A WOMAN is being treated in hospital after she was rescued from the river Shannon near Limerick city centre.

Emergency services were alerted shortly before 10pm on Monday after the woman was seen entering the water at Harvey’s Quay.

Three units of Limerick Fire and Rescue Service were immediatly dispatched and on arrival at the scene two firefighter swift water technicians entered the water.

The FireSwift rescue boat was also launched and the woman, whose aged in her 30s was removed from the water a short time later.

After being brought on board the fire service boat, she was taken to St Michaels Boat Club slipway where she was treated on scene for hypothermia by paramedics before beremoved by ambulance to University Hospital Limerick.

Her condition is not known.