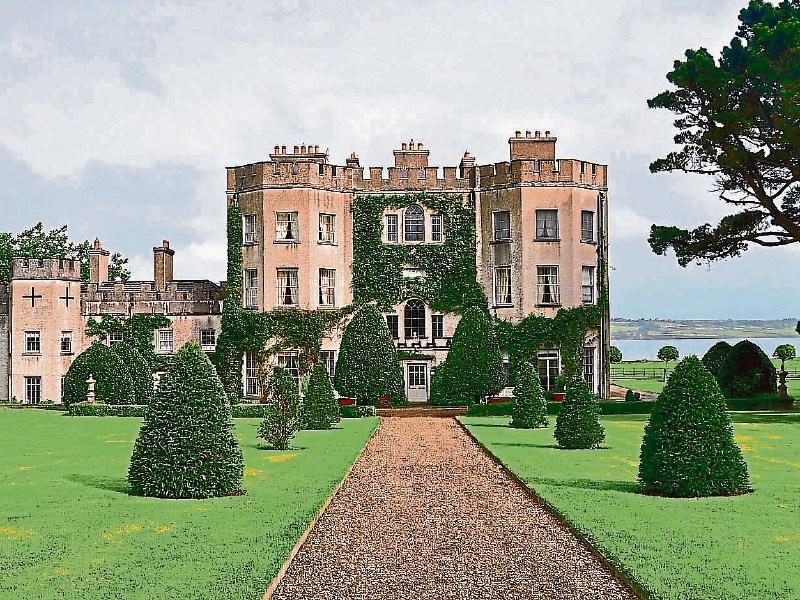 Glin Castle is set to reopen as a hotel next year

THERE has been delight expressed by the community in west Limerick following confirmation that Glin Castle is to be retained by the family and will re-open as a hotel next year.

Acclaimed actor Dominic West, of The Wire and The Affair, confirmed the news, following talks with his wife Catherine Fitzgerald, daughter of the last Knight of Glin, Desmond Fitzgerald and his wife Madam Olda Fitzgerald.

Welcoming the news, Margaret O'Shaughnessy, of Foynes Flying Boat Museum, said the whole area along the N69 and the Wild Atlantic Way has very scarce facilities for accommodation.

"Outside of that, the fact that Glin Castle and its gardens is such a beautiful location, I think it's going to give us a tremendous boost in that part of Limerick," she said.

The historic property went on sale this April, with the family expressing sadness at the move, given the amount of work and funds required for its upkeep.

However, confirmation that it is to be pulled from the market has been greeted with joy by many in recent days.

"No, we're not selling any more, I'm happy to report," West said of the sprawling property of more than 300 acres, and the ancestral home of the FitzGerald clan for 700 years.

"We've done a marvellous U-turn. Selling up was absolutely heart-breaking for all of us, especially my mother-in-law and my wife and luckily, we're reopening it as a hotel, all going well, some time next year."

The castle has previously been rented out in its entirety to rich and famous clients like Mick Jagger, Marianne Faithful and Talitha Getty.

Now future guests will enjoy the sweeping views over the Shannon estuary from one of the nine historical bedroom suites for a far more economical price.

There could also be a personal welcome by West, who plans to run the hotel himself.

"I'm going to manage it. I want to be in charge or as much as my schedule will allow. Obviously there will be someone in place far more experienced and qualified than I coping with the day-to-day.

"But we want to be there. We're going to be heavily involved. That's why we're moving home to Ireland."

Speaking earlier this year before the recent announcement, West highlighted that Glin Castle is an important tourist attraction for west Limerick.

"These are places that much be held on to as much as possible, and opened up to the public for everyone to see and to enjoy. I was talking to someone in Glin village the other day who said 'Foynes has the Flying Boat Museum and Glin has the castle' - everyone has to have a reason to pull over on the road and spend money in our towns and pubs and restaurants."

Speaking to the Limerick Leader last week - just before the announcement by West - Roseanne de Vere Hunt, director and head of country homes, farms and estates with Sherry Fitzgerald property agents, confirmed that there had been numerous expressions of interest and viewings, particularly from potential US buyers, but no firm offers on the table to match its €6.5m guide price.

The last Knight of Glin, Desmond Fitzgerald, died in September, 2011 and the title died with him as he had no male children.