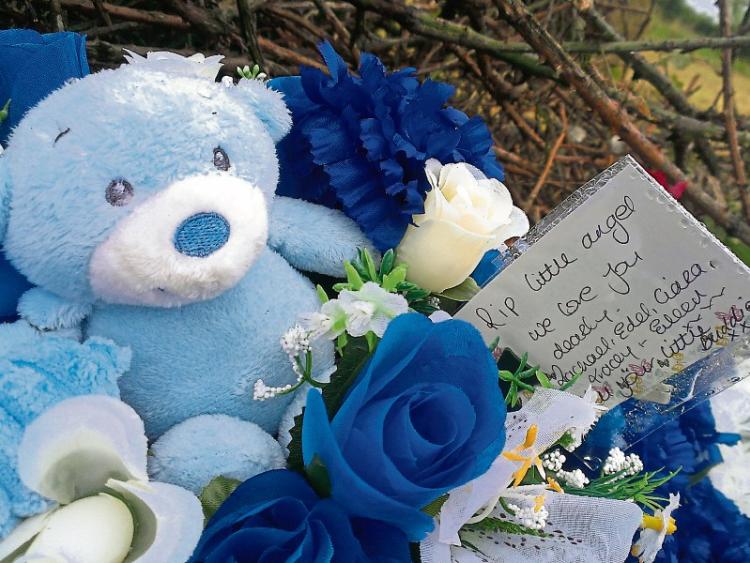 A THREE-year-old-boy who lost his life in a tragic road collision with his father will be “forever young”, a parish priest told his grieving mother at his funeral Mass.

Hundreds of people attended the Church of the Sacred Heart in Oola yesterday for the funeral Mass of Alex Velocci and his father Marco, 28, who died together in a road crash outside the village.

Marco’s father, Onorio Velocci, is well-known in Limerick city having worked all his life in local chip shops.

Fr John Morris, the local parish priest in Oola spoke of the “extraordinary love and solidarity within each family” at this time of shock. “Marco loved Alex,” said Fr Morris.

Mourners heard how last Tuesday morning Marco was in “a dark place filled with despair, unreachable to the love of his family”.

Marco and Alex were killed instantly after a black Audi being driven by the 28-year-old was involved in a head-on collision with a truck on the N24 Limerick to Tipperary road just 2km from the village of Oola shortly before 8.30am on Tuesday.

Alex’s mother Jodie Power was injured in an earlier incident at her home and underwent minor surgery at University Hospital Limerick on Wednesday.

She attended Sunday morning’s funeral Mass in a wheelchair.

During his homily, Fr Morris explained how the truck driver who was also involved in the collision made a long journey to Oola over the weekend to pay his respects.

“Perhaps the bright light shining in the darkness this morning is the coffin in front of us, which, at Jodie’s behest, contains the bodies of Marco and Alex,” said Fr Morris.

“A profound and moving witness and testimony to the power of passion and love between two families, stricken and heartbroken. A light that shines in the darkness.”

Alex was buried with his father in St Anthony’s New Cemetery in Oola.