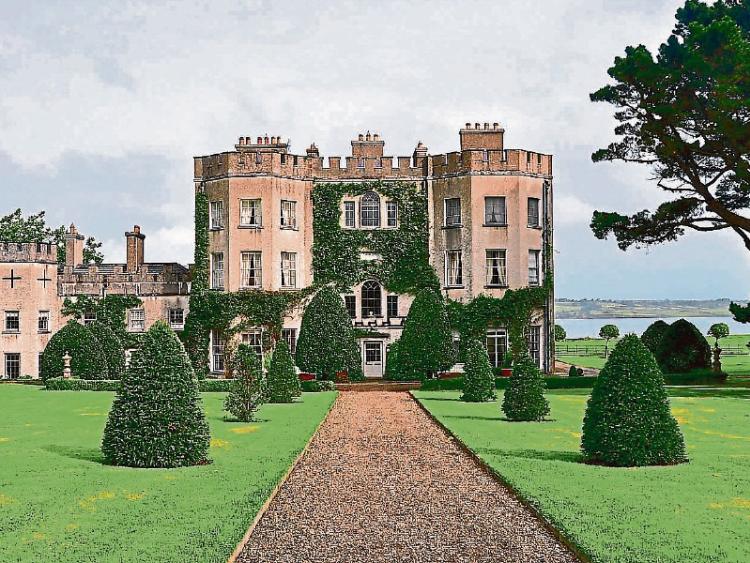 Room with a view, 12 bedrooms in fact: The 700-year-old Glin Castle, which comes with 380 acres, remains for sale

AFTER just three months on the market, Limerick’s landmark Glin Castle is attracting plenty of interest from abroad, particularly from US buyers.

Roseanne de Vere Hunt, director and head of country homes, farms and estates with Sherry Fitzgerald property agents, confirmed to the Limerick Leader that it will remain for sale for its €6.5m price-tag, with expressions of interest and viewings continuing.

Another mega-mansion in Limerick, Ballyneale House in Ballingarry, has seen its price reduced by a further €500,000, now down to €2m in an attempt to lure a buyer.

The Georgian mansion on 17 acres of land in Ballingarry returned to the market in 2013 for €3m - with €5m and 100 acres taken off the initial offer during the boom.

Now priced at €2m, to include 17 acres, an additional 20 acres are also available at agricultural land prices.

“It is a fantastic property. If we were still at boom prices, if would be priced up to 60% higher, possibly in the region of €4m to €4.5m, so it represents exceptional value,” Ms de Vere Hunt told this newspaper.

The property was formerly the home of the late Lewis Glucksman, the American philanthropist and CEO of Lehman Brothers.

Meanwhile, some 100 more modestly priced homes in Limerick have sold for a combined €15.5m sold last month, according to the latest listings with the Property Price Register.

The database of all house sales nationwide since 2010 shows that among the cheapest to sell in Limerick last month were Cregan Avenue in Kileely for €7,000, and in Colbert Avenue in Abbeyfeale for €13,000.

Sold on July 13 last, the property was described as a luxury four bedroomed detached property on 3,000 sq feet on a very private elevated site of 0.6 acre.

To date, the listings show that 86 homes sold in Limerick in June, and a further 17 have been added for July. However, as the register is continually updated these figures are expected to rise further.

In Tipperary there have been 559 residential transactions, and 596 house sales in Kerry.

Just over 30 properties are priced at in excess of half a million euro, while just five are priced beyond €1m, including the two aforementioned properties.