Tragic Limerick father and son to be buried in coffin together 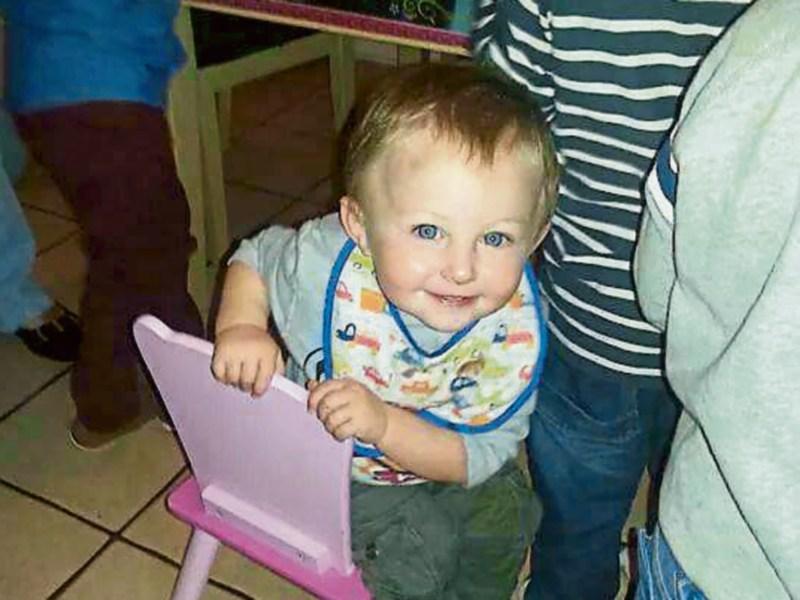 The late Alex Velocci, 3, who will be buried with his father Marco

THE father and son who lost their lives in a tragic road collision this week are to be buried together in the same coffin, the Limerick Leader has learned.

Marco Velocci and his three-year-old son Alex were killed instantly after a black Audi being driven by the 28-year-old was involved in a head-on collision with a truck on the N24 Limerick to Tipperary road just 2km from the village of Oola shortly before 8.30am on Tuesday.

“There will be one Mass and one coffin,” explained Fr John Morris, parish priest, Oola who will celebrate the funeral Mass at 10.30 on Sunday morning in Oola church.

The removal will take place at Whelan’s Undertakers in Tipperary Town on Saturday evening with removal to Oola Church.

Gardaí are treating the deaths of Marco Velocci and his three-year-old son Alex James as a suspected murder-suicide. Post mortems were carried out on the boy and his father at University Hospital Limerick by assistant State pathologist Dr Louise Mulligan on Wednesday before the bodies were to be released to their families.

The cause of their deaths is not likely to be known until after an inquest at the Limerick County Coroner’s Court.

“There is an awful lot of speculation out there but until we can put the facts together and what the stories are, everything else is just speculation,” said Insp Luke  Conlon of Bruff garda station.

Prior to the road collision around 8.30am on Tuesday Mr Velocci called to the home of his ex-partner Jodie Power in Oola.  She was apparently assaulted, sustaining minor stab wounds.

Ms Power underwent a minor operation on her arm at University Hospital Limerick.