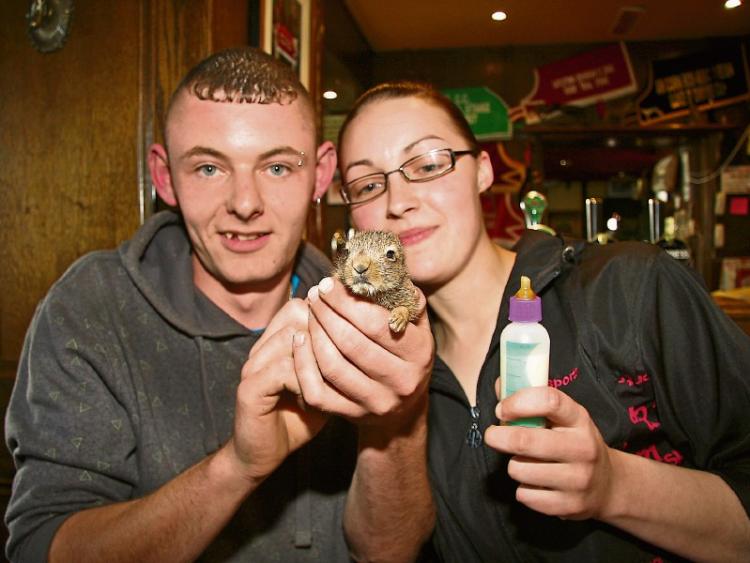 Marco Velocci and his ex-partner Jodie Power, who spoke to the Leader in 2010 about nursing a baby hare back to life

MARCO Velocci appeared on the front page of the Limerick Leader six years ago in very different circumstances to today.

Words this week outline his and his son's death in a horror crash, and the events surrounding it, but in 2010 it was about life. And saving the life of a baby hare.

He was walking on farmland when he spotted “three young fellas with lurchers” and then saw a dead hare.

“It was ripped open by the dogs and I saw two baby hares inside in the stomach," said Marco. “They were wrapped up in a kind of a bag. I picked the first one up, ripped open the bag and as soon as I did that it started breathing,” he added.  The then 22 year-old found the second leveret and ran home.

“Luckily we had puppy formula and a tiny bottle after my girlfriend’s dog had pups a year ago and I began feeding them straight away,” he said. One survived thanks to the care of Marco and his then girlfriend Jodie Power, who he assaulted on Tuesday morning.

The story of the hares was the talk of Oola back then, just like the tragedy was this week, but there the similarity ends.