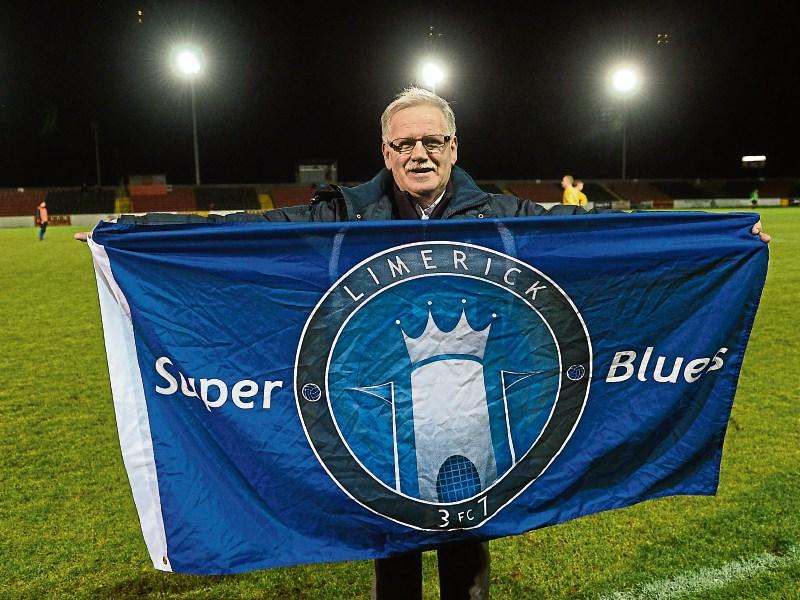 LIMERICK councillors have formally supported a call for corporate entities in the region to support the city’s senior soccer club.

The Limerick Chamber recently called for businesses in the region to back the Markets Field outfit’s work in the community.

And at County Hall this week, members of Limerick City and County Council, following a motion from Cllr Jerry O’Dea, endorsed this.

Limerick FC chairman Pat O’Sullivan, last year warned that he would be unable to continue to fund the club to the same levels as he had previously and called for corporate support.

Speaking after seeing the former metropolitan district mayor’s motion passed, Mr O’Sullivan said: “Unfortunately our sport is really expensive. Before you even kick a ball, it is €250,000. It is a difficult situation. I have done as much as I can do, and I felt since we were now beginning to make a credible contribution to communities in Limerick, I felt I needed corporate Limerick to come on board.”

The increase in attendances at the Markets Field at the back end of last season – where the Super Blues came close to making a great escape from relegation – convinced Mr O’Sullivan there is a customer base.

“Football is an entertainment business, and having the corporate link is crucial to that chain,” he said.

Having Limerick’s political community on board, he added, is “critical” since it is they who represent people in the city.

“The community work is about the young people, from all sections of society. It has  a capacity to give them really good discipline which we feel can take them on in their lives. I am the kind of fellow who will go away and do things myself rather than wait for other people. I had a vision of how we could use sport to change the lives of people who have become alienated from normal society,” he said.

Speaking after his motion was passed, Councillor O’Dea – whose Mulgrave Street pub is a sponsor of Limerick FC – said: “It has been apparent to many people involved in Limerick that Pat O’Sullivan and Limerick FC are doing fantastic work in the community. It’s clear Pat has headed up a lot of this himself.

“Things are going very well with the projects. But it’s not something he can do on his own, and many corporate entitles have been helping out. We felt it was time to increase the effort in terms of the fantastic work being done.”

Fianna Fail councillor Mike Donegan paid tribute to the work Limerick FC has done since its purchase of the former Bruff convent to open a training facility.

“Pat is someone who is totally committed not just to the sport, but to the youth of disadvantaged areas. He has put his money where his mouth is,” he told the meeting.

Limerick FC are away to Athlone Town this Friday evening.