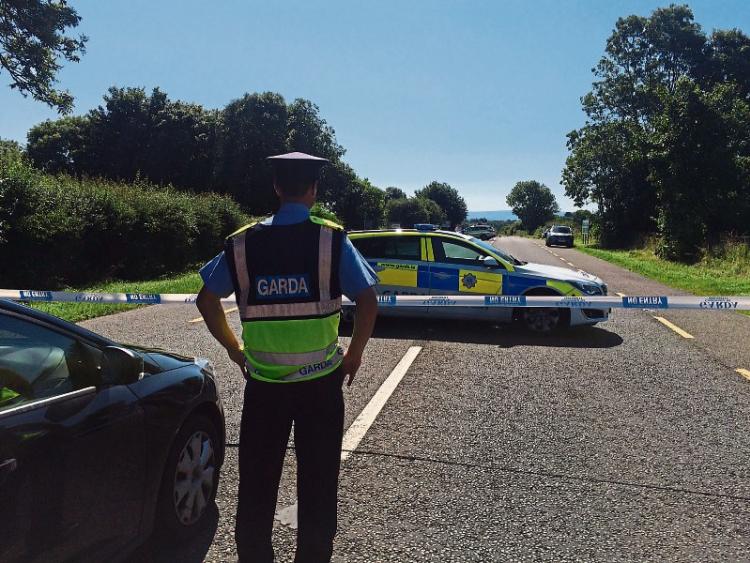 Gardai at the scene of the fatal crash in Pallasgreen

GARDAI have now confirmed a link between an assault on a woman and a fatal road collision in county Limerick this Tuesday morning.

The Garda Press Office has confirmed that the force responded to a report of an incident at a house in Oola where a woman - named locally as Jodie Power of The Glebe, Oola - received a number of injuries and was taken by ambulance to University Hospital Limerick.

An adult male, who has been named locally as Ms Power's former partner Marco Velocci (28) and their son Alex (3), left the house and were subsequently involved in a fatal road collision with a truck.

The head-on collision took place at around 8.30am at Brook’s Bridge between Pallasgreen and Oola on the Limerick to Tipperary stretch of the N24.

While the driver of the truck was uninjured, Mr Velocci and his young son were fatally injured in the collision.

Ms Power, it's understood, sustained a broken arm and a number of cuts which are not life threatening.

The Office of the State Pathologist has been contacted and the forensic collision examination is on going. It is expected that the road will remain closed until at least 4pm today.

A Family Liaison Officer has been appointed and a post mortem is expected to take place tomorrow.

Gardai in Bruff are investigating the collision.

It is understood that a 2005 registered black coloured Audi, carrying the man and the young child, was involved.

Fr John Morris, parish priest of Oola who said prayers at the scene this morning described the incident as “a horrific tragedy”.

“I heard about it on the news. I was down at the scene earlier. It is a horrific tragedy and it has devastated this community,” he said.

Gardai at Bruff are appealing for witnesses and can be contacted on 061 382940.