Limerick's Collopy brothers due to be sentenced for €37,000 in heroin 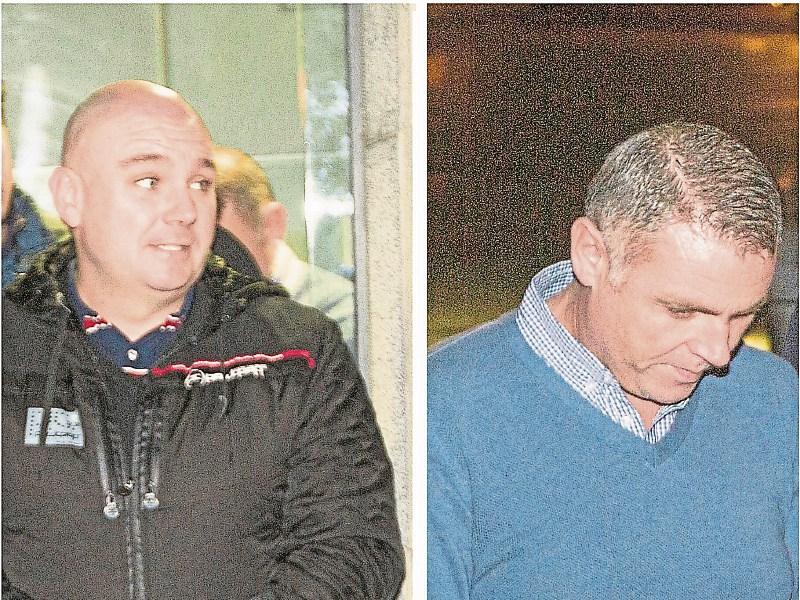 BROTHERS Brian and Kieran Collopy are due to be sentenced this Wednesday for possession of over €37,000 worth of heroin due for wholesale distribution, which was found in their home in December last.

The court heard that the houses have effectively been merged into one, as there is a common kitchen providing access from one to another.

Detective Sergeant Alan Cullen, head of the divisional drugs squad at Henry Street garda station, told the court when a team of gardai arrived they found €36,021.60 worth of heroin – amounting to approximately 10 ounces, or 264.44 grams, on the kitchen counter-top.

“Ounces of heroin would normally be sold to wholesalers, who would break it down and sell it on, normally at around three to four grams to dealers. This [operation] was at the top of the pyramid as regards heroin, and the operation was in progress as gardai went in. They effectively ran themselves into a corner, as opposed to trying to escape,” Det Cullen told the court.

The court heard that 11 months prior to this incident, and upon his release from prison, Brian Collopy travelled to Spain and other locations for about a week every month, travelling abroad about 11 times.

“This is not the norm for someone drawing a single disability allowance,” said John O’Sullivan, BL, for the prosecution.

However, Brian Collopy’s defence maintained that he has a serious heart condition, and had been travelling there to obtain cheaper medication.

When gardai arrived at the house before 8pm on that date, they entered by force and prior to do so “heard the distinct sounds of footsteps going up the stairs.”

In the kitchen, the heroin was wrapped up in plastic from black refuse sacks and the “entire area was covered in brown dust”, which when analysed was found to be diamorphine or heroin.

DNA analysis of the telephone on the kitchen counter matched it to Brian Collopy.

A saucepan containing damp brown powder was also found in the bath. Gardai believe that the bulk of the work had been completed at this point, and that the accused were “tidying up” their operation, and wiped some of the remaining heroin into a saucepan, before taking it upstairs.

The court heard that Kieran Collopy emerged from the bathroom when gardai entered the property, while Brian Collopy was in the front bedroom.

Numerous photographs of the scene were produced in court.

In interviews with gardai following his arrest, Brian Collopy said that he knew nothing about any operation in the kitchen or in the bath, and denied that his fingerprints would be found on any items.

He claimed that that windows were being shot in by gardai when they breached the door, to explain his presence upstairs, but this was refuted by gardai.

He admitted to using Xanax but denied being involved in the sale or distribution of heroin. The clothes he was wearing that day were taken from him by gardai, but nothing of an evidential value was found on the items.

Nothing of an evidential value arose from interviews with Kieran Collopy, however there was a trace of heroin found on his hoodie and shoes.

An analysis of the phone was also carried out which showed that it had been used to book holidays abroad through a local travel agency.

Mr O’Sullivan said that the State has produced a coercive case against both men, who were “caught in the act of bagging heroin for wholesale distribution”.

In mitigation, the court heard that both men had indicated an early plea of guilty, and have now been in custody for seven months. Both brothers have been remanded in custody to appear before Limerick Circuit Court this Wednesday, July 20.

Brian Collopy, who is married and has two children, has previous convictions for drugs for his own use, for possessing a phone while in prison, and received a six-year sentence for threatening to kill.

“He personally feels he has left of family down but accepts it was his own fault,” said his defence, Michael Collins.

Kieran Collopy, also a father of two, has convictions dating back to 1992 for assault, receiving two years in prison, as well as seven months for handling stolen property.

He has also been charged with larceny, two counts of obstruction and escaping from lawful custody.

Kieran, along with his other brother, Damian, were both jailed in 2011 for five years for threatening to kill Willie Moran.

He is also unemployed and in receipt of social welfare, which the court heard was approved after a considerable time following consultations with the Criminal Assets Bureau.