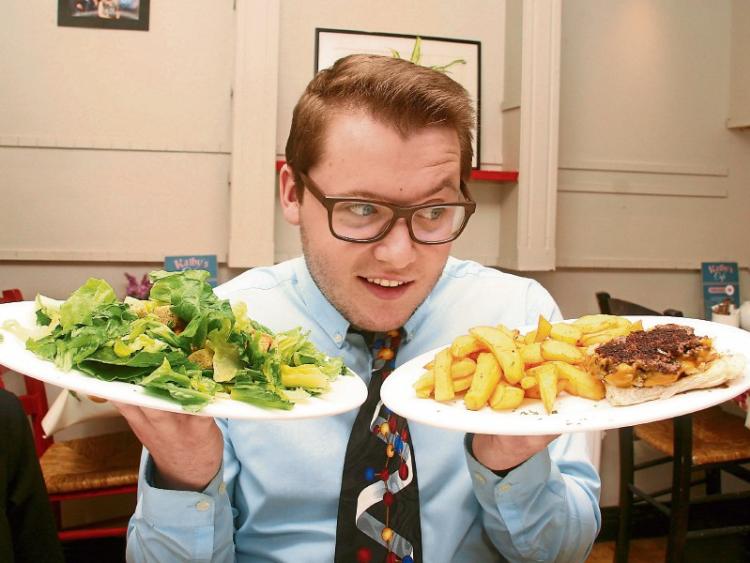 AS THE sun rises above a hilly strand, I wait for my breakfast to be plopped on the table in a cosy surfers’ diner in Bundoran. After a night of Guinness, obscure cocktails and charlatan-talk about politics and life, I am hangry (anger fuelled by an empty stomach).

Then comes heaven — a plateful of sizzly bacon and thick pancakes, drowned in maple syrup. My friend, Mike, and I scoff as much of it as we can, but I admit defeat halfways, resiliently nibbling on a slither of meat.

It costs us €6-something, and of the 12 bacon slices and four pancakes, I can barely finish half of each. “What an absolute waste of animal life,” I say to myself, somewhat damningly, though not really caring too much.

It was at that time — on Thursday, June 2 — I seriously contemplated veganism.

So, I set myself a challenge. I was to go full vegan for four weeks. I lasted three.

A number of my friends are proud vegans. Some started off as vegetarians and transitioned into veganism, while some went straight into the lifestyle as vocal humanitarians.

Simply put, a vegan is someone who does not eat or consume animal-based products. My life so far at 24 years has been made up of sport, school, university, journalism, and chicken. So, naturally, committing to a vegan experiment was going to be a tremendous shock.

Therefore, I needed to investigate what the alternatives were to chicken, pork, fish, beef, cheese, yoghurt and milk, etc.

That’s right. No milk. No chocolate. No conventional cakes. That, according to a number of former vegans I spoke to, is one of the main disincentives to the diet-lifestyle.

Veganism is not as popular here as it is over in major cities, such as Dublin, London, and in North America, so the problem is convenience of cooking and the availability of decent ingredients.

That Sunday, June 5, I completed my inaugural vegan shopping. Though it was an exciting, educational 20-something minutes, I was slightly trepidated by tofu — a squishy, vacuum-packed slab of water-soaked bean curd which is one of your alternatives to meat.

But the trick to beat the blandness is to be creative with other ingredients, so they say.

I tossed the tofu into the shopping basket, as well as wholemeal bread, non-animal fat butter, a smorgasbord of fruit and vegetables, water, vitamin supplements, a variety of pulses, vegetable oil, chicken style quorn pieces, soy and almond milk, and cereal. Some of the notable mentions include Marmite, if you like sticky, bitter goo on toast; dates, which are brilliant appetite suppressants; and Linda McCartney sausages.

My first day went swimmingly well. While I had few cravings for greasy burgers and garlic chips, I was able to resist temptations with a tasty tofu, thai green curry and noodle dish. For dessert, I munched on a watery mango and some exotic lychees. This odd Asian fruit is infectiously delicious, if you can get over the fact that they look like eyeballs.

However, when I woke up the next day, it felt like the morning after a night of Guinness, obscure cocktails and senseless talk in Bundoran — I was suffering from an insatiably pounding headache. Because of the extra consumption of starch, sugar and fibre, your body requires more hydration. Or else you end up like a shrivelled date. But, hey, you are what you eat.

There’s a monotonous joke that does the rounds: How do you know if someone is vegan? Don’t worry, they will tell you.

I found myself mentioning my new diet, at least five times a day, and some people had to be retold, two or three times during the week. Some people were irked by my milkless black coffees and salad sandwiches, while others curiously pawed at my packet of dates from time to time.

This experiment led to a number of awkward moments. I was watching Ireland face Italy, at my friend’s house when I was asked by his father if I wanted dinner. The menu wasn’t flexible; it was roast beef, gravy, mashed potato, and an assortment of vegetables. Naturally, I had to explain who I was — a vegan. After a 10-minute interrogation, they said that they could sort me out with something. Twenty minutes later, I sat the table staring at a plate of fried onions.

“Just to be safe!” his father laughed. I dug in.

There was more pressure when I had to explain my dietary needs to a waitress. I asked for a bowl of noodles, all the vegetables that go with it and, if possible, to not have any animal fats in the dish. There were two attempts, as the restaurant must have thought egg was a vegetable. While I have seen vegans blow their fuses with waitresses over these mishaps, I felt more self-conscious — a pain in the behind.

But I did have fun with it. Two people asked me, “Surely, you can drink wine?” to which I replied: “No — wine is made by bees, sure.” I had to assure one of them that I was joking. Sometimes, people would sympathetically ask me how I was feeling, as if I had scarlet fever, or something.

Even though I ceased the experiment after three weeks, there were times when I was not fully-committed. A work colleague forced me to eat a naughty ice-cream cone outside the Redemptorist church, on June 8. Well, that’s what I told everyone else to make myself feel better. I just forgot about the diet, really.

Though I did not vary my diet much over the 21 days, I felt healthier and more refreshed. Both my mind and bowels were cleansed. My main finding was that most people are presumptuous about veganism. Some see it as a “cheap diet”, while it appears to be a lifestyle, driven by strong ideals, values and practices. Almost like a religion or culture.

Local actor, Kevin Kiely, Jr., said that he avoids animal products because “they don’t make me feel good”, and that since switching to veganism, he has been able to do five triathlons, numerous 10k runs, and half marathons. 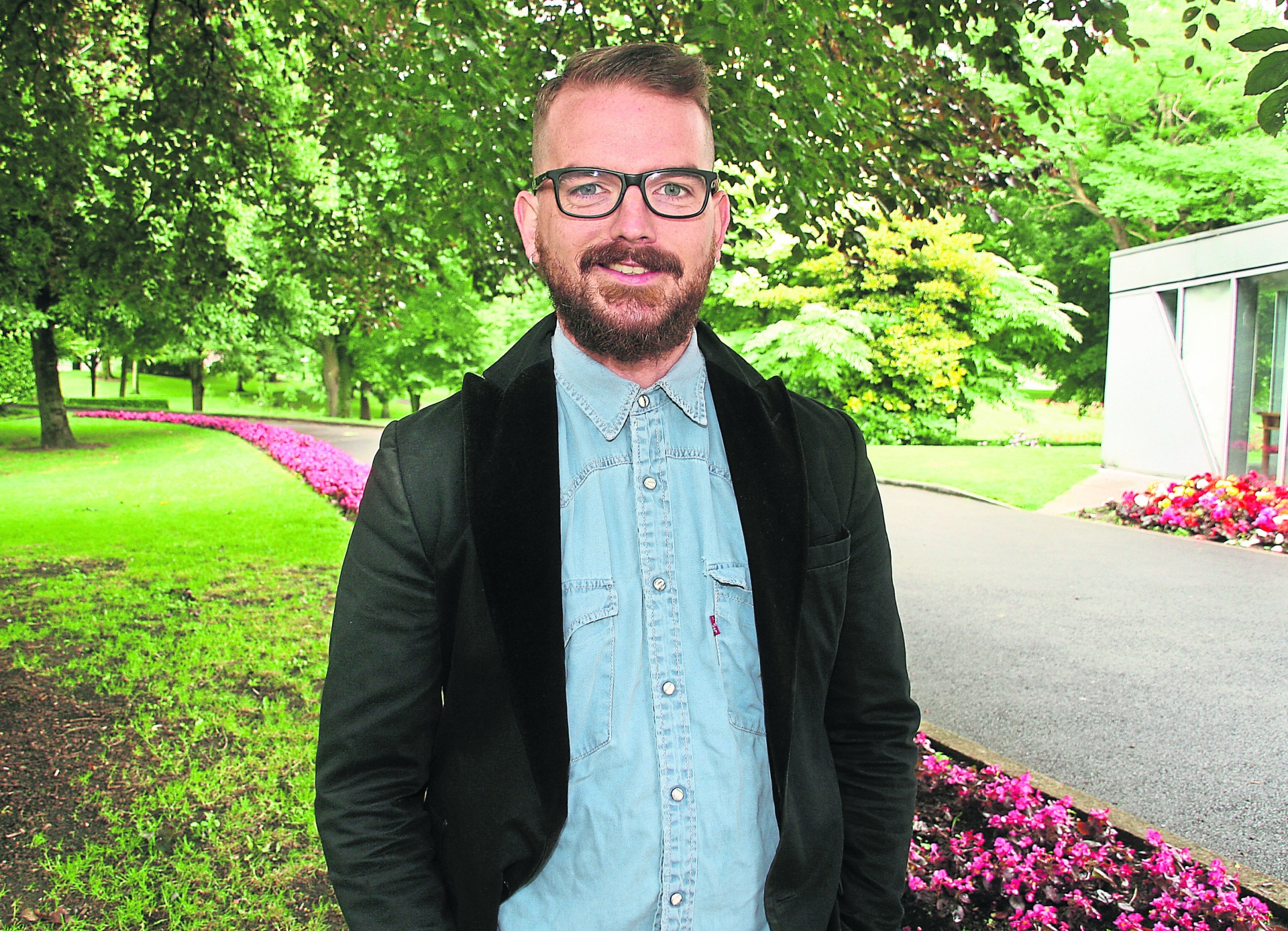 In three years, he has shed more than two stone, whilst eating “unlimited carbohydrates”. He said that he is on a “continuous journey”.

“It continues with an ability to eat and live abundantly, to reduce my carbon and water consumption footprint inexorably, and to know that I do not consciously add to the massive amounts of suffering that industrial farming is party to because after all, for every glass of milk you drink, a veal calf somewhere is going without it. I am not a baby cow, and that is fine with me.”

Adare vegan, Seamus Toomey, 21, said that he started the lifestyle for fitness reasons. Though he was “skeptical” after the first month, he benefitted in a number of ways. He said that encourages people to go vegan.

“I don’t think farm animals should die anymore than a dog should. There’s very little difference between the two and I wouldn’t let anyone murder dogs even if they were going to eat them. It also lowers their impact on the environment and often people don’t know how much water and land it takes to produce a pound of meat as opposed to a pound of plant food. I think everyone cares about animals and they sometimes don’t make the connection.”

In 2010, a United Nations-commissioned report said that the increasing population eating more animal products is having an adverse effect on fuel, poverty and climate change.

“Unlike fossil fuels, it is difficult to look for alternatives: people have to eat. A substantial reduction of impacts would only be possible with a substantial worldwide diet change, away from animal products,” the report stated.

But what did I do when I finished these three weeks? I ate a greasy slab of chicken breast, wedged between two doughy baps and sloppy lettuce, chips and sludgy gravy. It was a guilty pleasure heaven.

The effect of the diet is this: I adore animals, God’s innocent creatures, yet I eat straight from their slaughterhouse. And that makes me a hypocrite, I think. So now, whenever I nibble on a bit of meat, I say to myself: