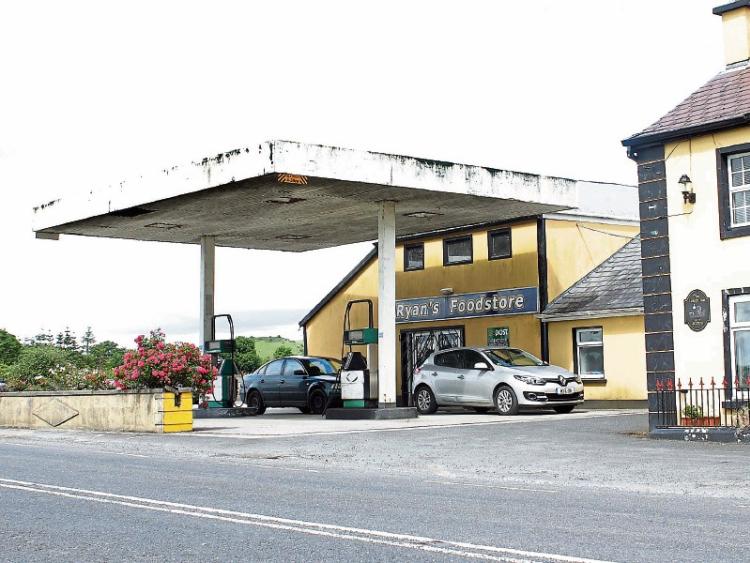 The site of the proposed development at Holycross, Bruff which was refused permission by An Bord Pleanala Picture:Michael Cowhey

AN BORD Pleanala has refused planning permission for a new service station at Holycross following an appeal to the board by a retailer in nearby Bruff who opposed the project.

Dan O’Flynn of O’Flynn’s Centra in Bruff, appealed against the decision made on February 2 by Limerick City and County Council to grant permission, subject to conditions, to Catherine Reardon care of Pat Boyce of Farrihy, Dromcollogher, for the development at Holycross.

The proposed development was to see the demolition of the existing service station and shop and the construction of a new service station which was to include a new forecourt canopy, a retail shop with a deli and coffee area, stores and freezer rooms, maintenance room, managers, accounts and staff offices, customer and staff toilets, staff canteen, electric vehicle charging point, air and water service area, car wash, vehicle parking and all associated works.

The development site is located beside Reardon’s pub and  Holycross Football Club on the main Limerick to Bruff road.

The appellant, Dan O’Flynn, operates an existing service station and shop approximately 3km south of the appeal site, on the outskirts of the town of Bruff.

Documentation lodged with An Board Pleanala, states that it was Mr O’ Flynn’s view that, if given the go-ahead, the development would have “a detrimental effect” on his business.

It was also Mr O’Flynn’s contention that the retail area proposed did not conform to guidelines set down in the Limerick County Development Plan 2010-2016.

He contended that there could be further expansion space for retail within the large building proposed on the site.

“This requires retail floor area to be limited to 100sqm. The floor area indicated on drawings submitted was 158.5sqm,” it is stated on the grounds for appeal.

The response of HRA Planning, agent on behalf of the applicant, Catherine Reardon, to An Bord Pleanala, made a number of points including that the appellant is the tenant and not the owner of a nearby retail facility. The owner did not object to the proposed development.

“The appeal is an attempt to protect the appellant’s commercial interest,” the response to An Bord Pleanala states.

“The planning code does not facilitate market interference.”

It is also noted in Ms Reardon’s response that the proposed development “will replace like-for-like.

The An Bord Pleanala inspector recommended that permission be granted for the development subject to 14 conditions.

However, it was the board’s decision to refuse permission for the proposed development.

While accepting the principle of a replacement retail and filling station facility at this location, the board said it considered that the proposed development, in view of its “unsympathetic design and extensive footprint and road frontage” would contravene the Limerick County Development Plan 2010-2016 which seek, respectively, to “safeguard the visual amenity of the Lough Gur Character Area by, inter alia, restricting development, and to minimise the removal of roadside boundaries.”