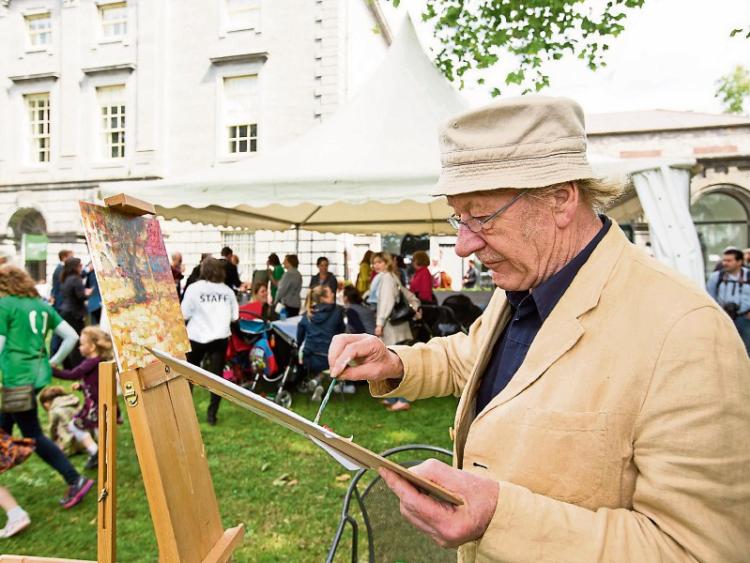 John Shinnors at work, pictured by Sean Curtin and below, AJ Hanafin after the event, pictured by Darren Ryan

WHILE thousands were enjoying the festivities at this week’s mammoth street party in Limerick, one Corbally boy was in a celebratory mood after purchasing a painting from a world-renowned artist at the Hunt Museum.

John Shinnors, who has previously sold works for €250,000, sold one of his paintings to seven-year-old AJ Hannafin for a bargain, at Tuesday’s 2020 garden party.

His mom Kirsty told the Leader that the starting bid was originally €20, but the young art enthusiast was able to negotiate a deal with the acclaimed abstract painter.

“AJ wandered off and he came back and he asked me for €20, and I told him, ‘No you can’t have €20, what do you want that for?’ He told me that he wanted to buy a painting," explained Kirsty Hannafin.

“I didn’t pay much attention, so I said he could have €10, and so I gave him the money. And I think he went back and haggled with him for a bit, and then he finally offered him €10 and added in four City of Culture flags. And John decided that that was sufficient for the painting!”

However, the Corbally mother did not believe him when he said that he purchased a painting.

“I asked him where the tenner was, so I went over and talked to John, and he confirmed that he did actually buy the painting!” she laughed, adding that Mr Shinnors was “very impressed” with her son’s confidence. 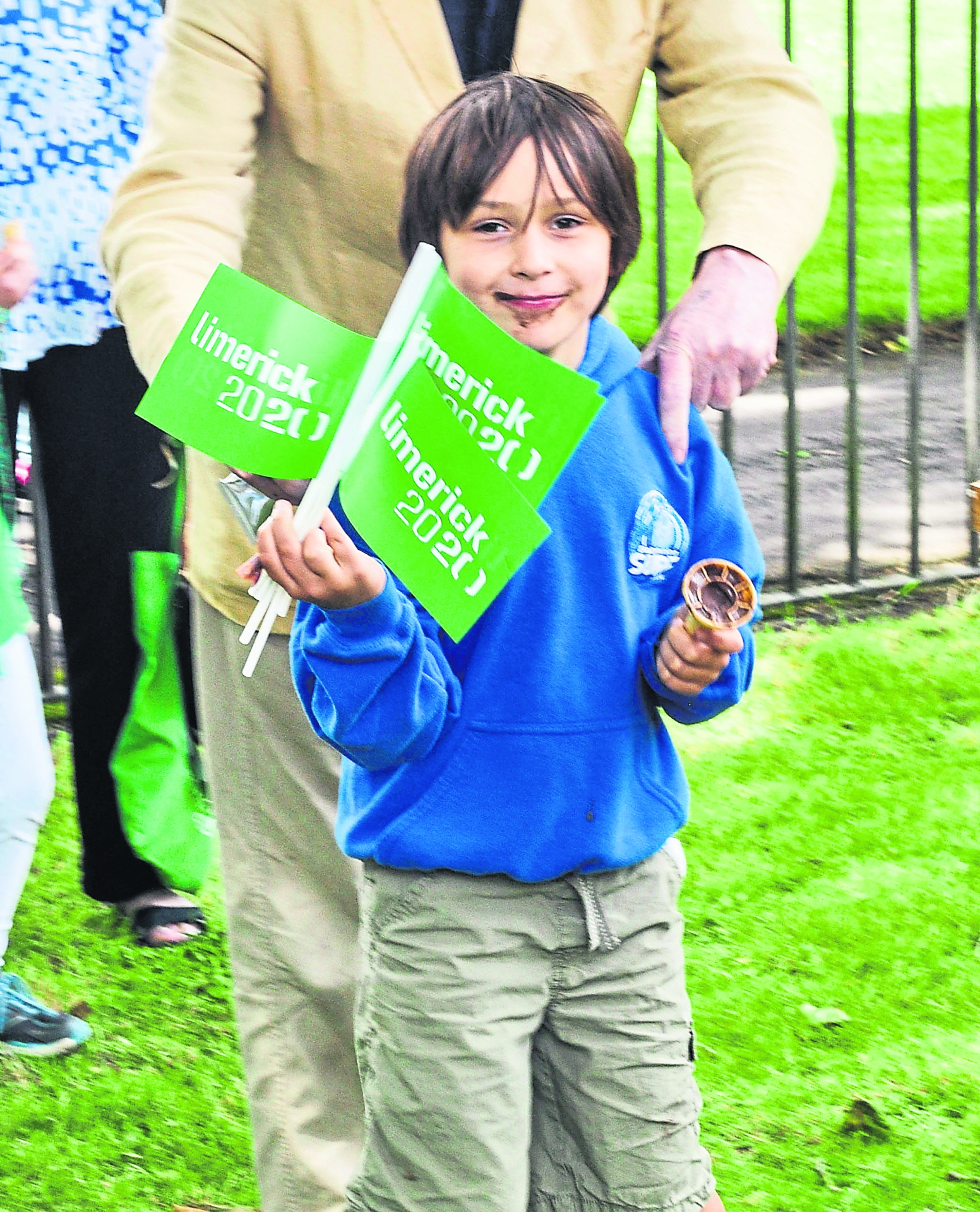 “They had a lovely chat and he was over with him for a while, and he even let him paint a bit of the painting as well. It was a painting in-the-making, and there were a few artists there painting en plein air, and that was one of them. He had a lovely time,” she said.

Because the painting is still wet, Mr Shinnors has asked the Hunt Museum to store it at the former Custom House, so a “delighted” AJ will be able to collect it sometime next week.

Kirsty, who brought her three kids, AJ, four-year-old Abi, and six-month-old Luca, said that they enjoyed the Capital of Culture festivities.

Local photographer, Darren Ryan, who witnessed the purchase, said that AJ’s purchase made his day.

“I was just strolling through the Limerick 2020 Garden Party behind the Hunt Museum when I spotted AJ offering John Shinnors a tenner and four Limerick 2020 flags for his painting. I was amazed later on when his mum, Kirsty, told me he had accepted. I think it was the 2020 flags that swung it.”

And thanks to Darren’s sharing of the story, the Rubberbandits saw story go viral on social media. On their Facebook page, they wrote:

“This here sums up ‪#‎Limerick2020‬ party in the City today. The lad in the hat is world famous Limerick artist John Shinnors. His paintings have sold for a quarter of a million. A cheeky youngfella walked up and offered him a tenner for a painting he was working on, and shinnors sold it to him. For a tenner. YURT.”

The Hunt Museum garden party was one of many celebrations that took part in the city centre, as part of Limerick’s final push to be designated the European Capital of Culture in 2020.

If Limerick wins the bid, it could be worth €170m to the city, according to estimates.