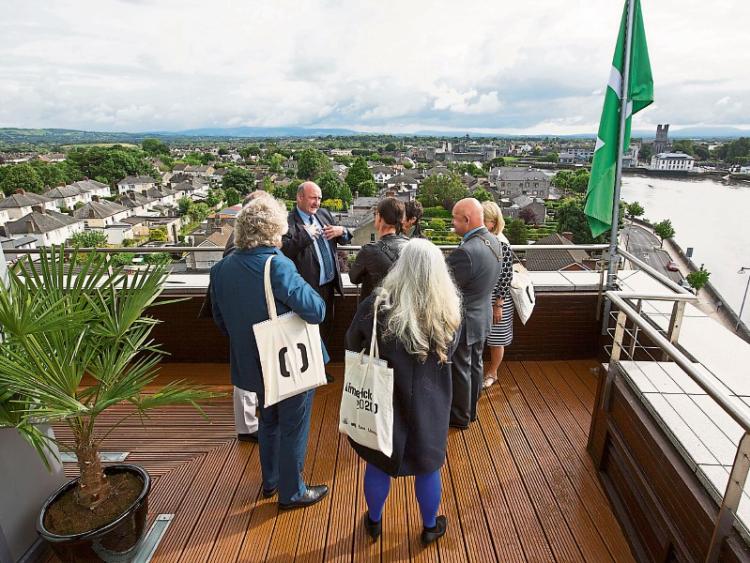 The Capital of Culture judges atop the Strand Hotel with Pat Daly of the council and Mayor O'Hanlon. Below, fun from the day Picture: Sean Curtin

AFTER the highs of the street party to welcome the European Capital of Culture 2020 jury to Limerick on Tuesday, the bid team and wider public faces an agonising wait until the winner is announced on Friday.

The bid team, accompanied by Limerick CEO Conn Murray, Stephen Kinsella of UL and Fiona Quinn of Limerick County Youth Theatre, will present to the ten person judging panel in the National Concert Hall in Dublin this Thursday.

Thank you to everyone for the tweets, texts, posts, wishes and emails of encouragement this morning! #Limerick2020 pic.twitter.com/NyLPzeTGXC

By lunchtime on Friday, the winning bid from Galway, Limerick and the Three Sisters clustering of Waterford, Wexford and Kilkenny, will be known.

The prized European designation is worth an estimated €170m to the winner and Stephen Kinsella, who will present the economics behind Limerick’s bid to the panel, reckons it is potentially worth “several thousand new jobs”.

“Regardless of whether we win or lose, I think culture will remain at the heart of what we do here,” he has written.

The Limerick 2020 bid team expressed its belief that the judges were “obviously excited” by what they saw, making several unscheduled stops on the highly choreographed eight hour visit.

18 months’ of work culminated in the 100-page document recently handed up to the judges, with a budget of €37m over four years, that it must now bring to life on Thursday.

For the festivities taking over the city centre on Tuesday, months of preparation went into choreographing the day, while the judges were taken to Moyross, Cleeve’s, the University of Limerick, Troy Studios and on an extensive walking tour of the city.

Deputy bid director Sheila Deegan said that “whatever message, whatever engagement has happened, it has been another seismic shift in the way that we think about culture.

“We don’t have to explain the word culture any more; people own it in Limerick,” she said after the judges had left.

“If we can bring that to the table on Thursday and bring the idea that culture is something that is inherent in Limerick, now we have to show Europe how we deliver it. Because the whole project is about learning, about connecting citizens, about people engaging,” she said.

“What was very nice was, we had choreographed the visit in a very particular way to reflect what is in the bid book and to reflect the potential of Limerick, but they actually asked to stop at places. So we went to the gallery and our offices, that wasn’t planned, and they were very obviously excited by it,” she explained.

She added: “I think we are certainly a contender after today. I think we showed them that by taking over the city, that idea of occupying the streets, Limerick has become really good at that, and a number of our projects are about that spectacle.”

Bid director Mike Fitzpatrick said that the “difference to winning it and not, is that it would be the lever that would allow the investment.

“If we don’t get it, we have no fancy lever, but it would be a great energiser. Essentially – I think we will carry the culture within ourselves, it won’t go away, but what we would gain, would be us playing in the European league.”

“What I am proud of, after today, is that the people of Limerick have given a great boost. It was fantastic, led by the city and the people so I am very happy.

“You can be proud to walk around, it is now a city that doesn’t feel a fear, there is a sense of attention, engagement and companionship, which is phenomenal. Let us hope we can maintain that wonderful sense of interaction with diversity.” 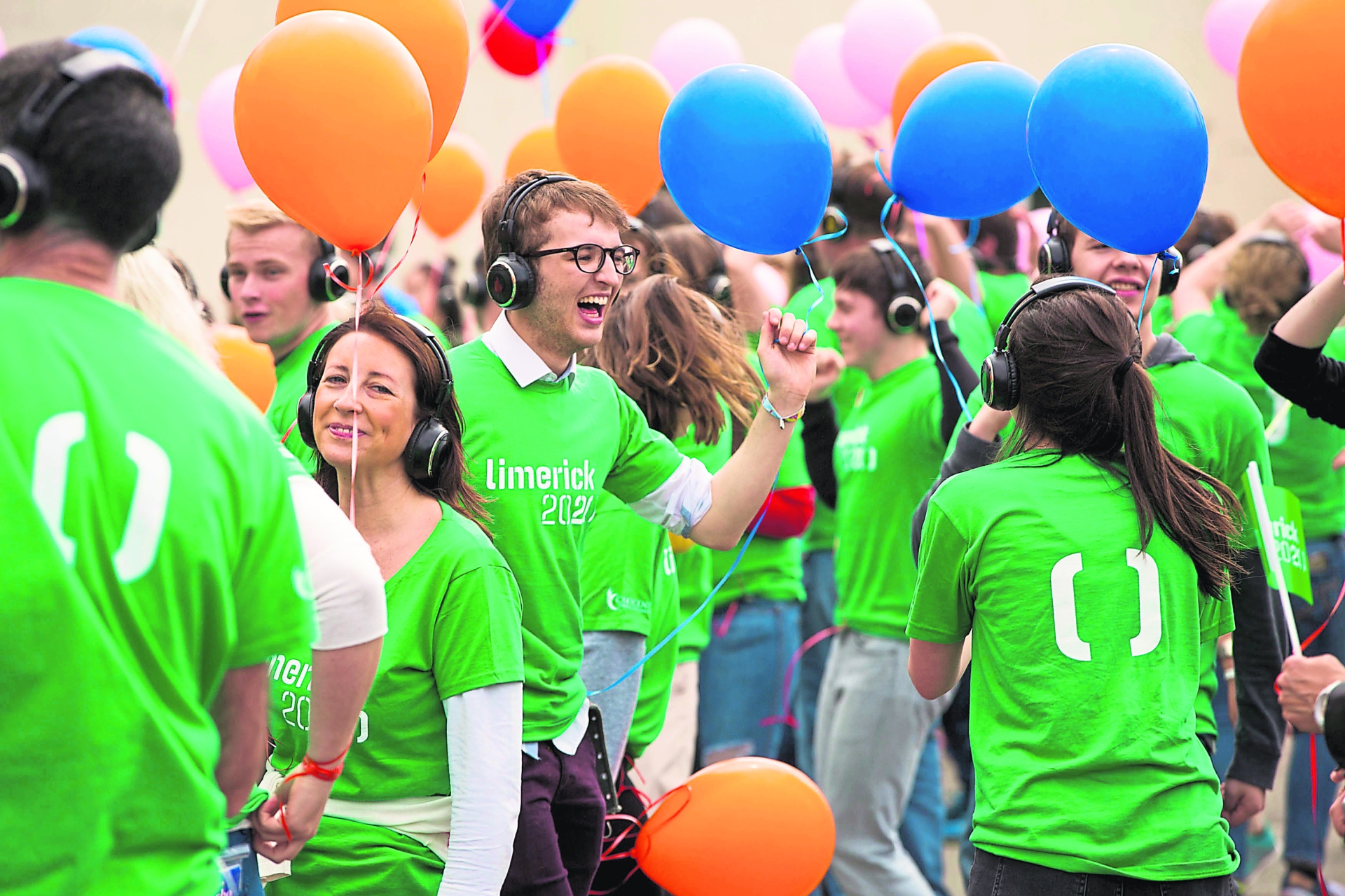 Professor Don Barry, president of UL and chair of the Limerick 2020 bid steering committee, said that “Limerick put on a truly wonderful and engaging show today to demonstrate how much capacity exists in and around the city to deliver an imaginative and engaging European Capital of Culture in 2020.

“I am so proud of how the entire community responded to this challenge to impress on our visiting judges that Limerick has the collective inspiration, passion, drive and resources to bring our story to Europe and bring Europe to Limerick for uniquely memorable cultural experiences in 2020.”

Limerick trended nationally for the entire day on Twitter as the sun came out and the public joined in the fun, sharing their love for the city on social media. Mayor of Limerick Cllr Kieran O’Hanlon said he was “looking forward to going up on Friday and lifting the European Cup”.

- The Limerick Leader will be in attendance at the announcement of the winning bid in Dublin this Friday. Stay with www.limerickleader.ie and on Twitter and Facebook for updates.

Best of luck to the @Limerick2020 today as they present in front of #ECoC2020 today. pic.twitter.com/oqhUjUTiVt

Great to see the excitement building in Limerick for @Limerick2020 this morning. Our city should be so proud of its efforts. #Limerick2020

Best of luck to @Limerick2020 team for their final presentation to ECOC jury from all at Limerick GAA #Limerick2020 pic.twitter.com/z8OeqmLx0b

Best of luck to the @Limerick2020 team today for their final presentation to the ECC jury #Limerick2020 pic.twitter.com/rJntfqsm43

Best of luck to the #Limerick2020 team presenting to the judging panel for #ECoC2020 today. Final push guys. Great job whatever the outcome!