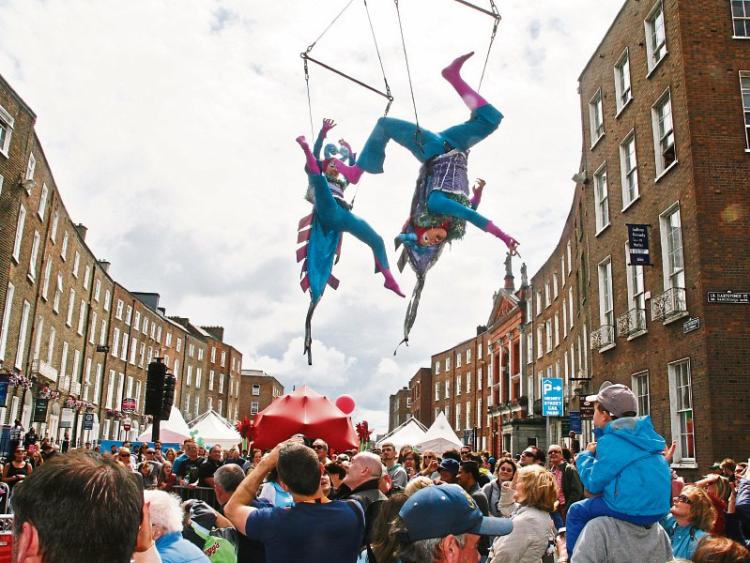 THE man tasked with leading Limerick’s bid for European Capital of Culture in 2020 has said winning the bid would be a “great energiser" and would see the city “playing in the European league”.

Limerick 2020 bid director Mike Fitzpatrick, speaking immediately after the visiting jury panel deciding on the bid departed the city, said the “difference to winning it and not, is it would be the lever that would allow the investment”.

“I think we will carry the culture within ourselves, it won’t go away. What I am proud of, after today, is that the people of Limerick have given a great boost. It was fantastic, led by the city and the people so I am very happy.

“You can be proud to walk around, it is now a city that doesn’t feel a fear, there is a sense of attention, engagement and companionship, which is phenomenal. Let us hope we can maintain that wonderful sense of interaction with diversity.”

Best day in the office since #Granny2014 Thank you @Limerick2020! But how are we going to face back into normality tomorrow?! #Limerick2020

The visiting judges – two of the ten person panel running the rule over the bid, which is regulated by the EU Commission – were brought on an eight hour tour, starting by viewing the city from the Strand Hotel and taking in Moyross, Cleeve’s Factory, UL, Troy Studios, finished with an extensive walk around the city, which was transformed for the day with a host of street parties.

#ECOC judges continuing their tour through the city #Limerick2020 pic.twitter.com/eF4wQodVGi

Limerick trended nationally for the entire day on Twitter as the sun came out and the public joined in the fun, sharing their love for the city on social media.

#Limerick2020 currently the top trend in Ireland. Brings a tear to my eye. It could greatly improve the lives of a generation in the city.

The next stage is the presentation of the bid book on Thursday and the announcement on Friday and Mayor Kieran O’Hanlon said he was “looking forward to going up on Friday and lifting the European Cup”.

Deputy bid director Sheila Deegan, who was the official host of the judging panel on their visit, said: “I think we are certainly a contender after today.

“Today, I think, we showed them that by taking over the city, that idea of occupying the streets, Limerick has become really good at that, and a number of our projects are about that spectacle,” she said.

Helen O’Donnell, city trader and local activist who hosted an event in the Hunt Museum, said that there was a “great buzz, it is like the Granny, it is emotional”.

“It just fabulous. I just hope the judges capture that, Limerick people really want this and Limerick really needs it. I think we deserve it.”