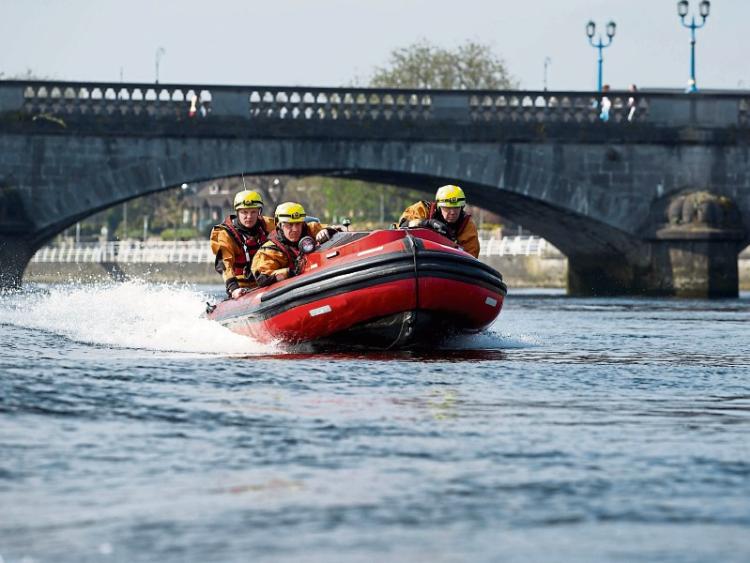 Emergency services were called to a river rescue scene at 2.40pm, on Saturday, which turned out to be a hoax

GARDAÍ are investigating an alleged hoax phone call to emergency services that occurred over the weekend in Limerick city.

On Saturday at 2.40pm, emergency services were alerted to a report of a man seen entering the River Shannon, via Thomond Bridge.

Emergency services searched the area for approximately 30 minutes. According to a source, attempts to reach the original caller were unsuccessful, and services were then stood down.

It is believed that a “message had been set up on the caller’s voicemail abusing gardaí”.

A member of the Marine Search and Rescue team said that, while there are people who call “in good faith”, there are “malicious calls”.

“It is not funny when you are driving through traffic and you are trying to answer a call, and you see in the pager that it says ‘Person after entering the water at Thomond Bridge’. And you are trying to get there as fast as you can because you think that there is somebody in the water. Then you hear on the radio that it turns out to be a prank call. It is a relief that there is nobody in the water, but it’s the hassle that it causes.

Cllr John Costelloe, who condemned the alleged hoax call, said the public can “get very anxious” when they see or hear the helicopter.

“They cannot ignore the calls, even if it is a hoax. And they have to go when they get the call. It is just such a waste of money and resources. Their [emergency services] service is so valuable and important in Limerick.”