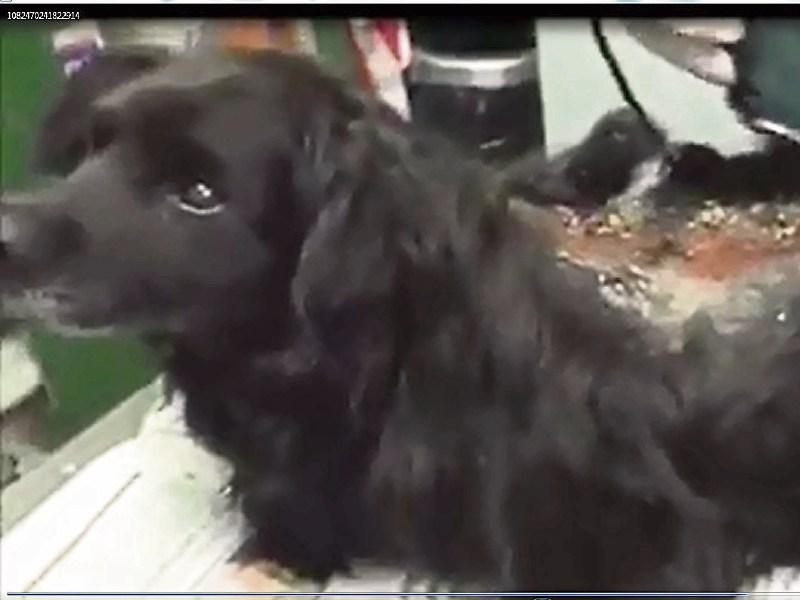 A LITTLE pom-cross dog that was dumped by the side of a road in Meelick has died.

The pooch, christened Arthur for ‘strength‘, passed away on Thursday night, having failed to recover from severe cuts after being left alone for a number of days.

He was brought in to John O’Dwyer’s small animal hospital in Henry Street in Limerick city by a concerned motorist who spotted him on the side of the road in Meelick, Co Clare.

Despite two days of intense treatment – including being placed on a drip, and having strong painkillers and antibiotics administered – the little dog did not respond, collapsing and dying last night.

The vet reported the “devastating” news on his Facebook page, adding: “He had been in good form all day and had started eating a small bit when it was hand fed to him.”

He confirmed: “At about seven o’clock this evening, he suddenly collapsed, and had passed away before we could revive him. Myself and all the staff here are devastated. He was a lovely sweet dog and had won all our hearts here.”

It is understood after being left miles from home by his owner, Arthur had been involved in a fight with another dog which caused the open cuts.

It is due to the fact these went untreated for days that the pet’s problems escalated, with flies laying eggs, resulting in maggots eating away at his back.

John said it was “the worst case I have seen in my 40 years of practice”, and warned that the pooch was facing into months of treatment.

Speaking before his sad demise, Mr O'Dwyer said: "The dog has two cuts on his back. He obviously bled quite a lot, and had a massive cut which was not looked after. He was in an awful state when he was handed into us. His back has been nearly eaten away by maggots."

John pointed out the dog did not have a microchip, which made finding his owners very difficult.

"The dog could have been chasing after a girl, lost miles away from home. He could have been away for a week. He was supposed to have a microchip, but he didn't. If he did, it would have taken a lot of the guess work out of it," he said.

After the problems the dog was having became clear, Limerick Animal Welfare set up a fundraising page to help defray some of the costs of this.

More than €2,500 was raised in the hours after the fundraiser was launched, before the sad news of his death was reported.

Meanwhile, many people offered to adopt the dog and nurse him back to health.