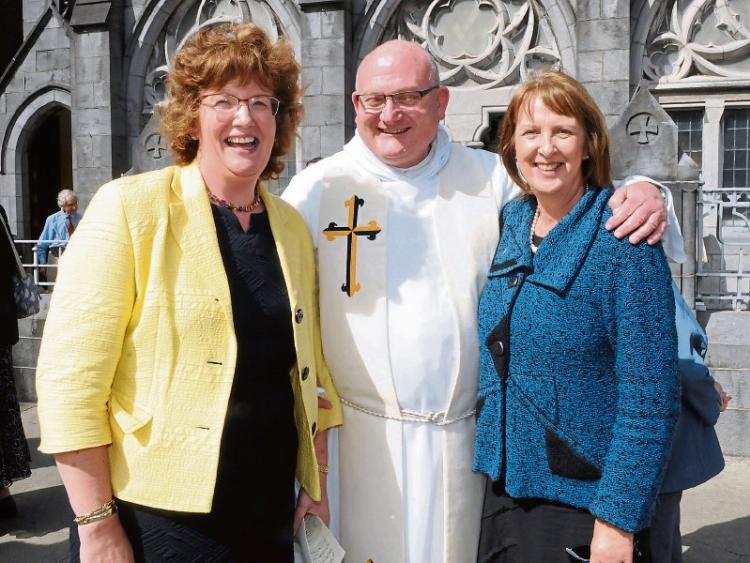 IT was the end of an era in Limerick city on Sunday as the last Mass held by the Dominican Order took place.

St Saviour’s Church was packed to the rafters as people came to say goodbye to the Order, which is withdrawing from the city after close on 800 years.

The Limerick Diocese is to take on the running of the church – retaining a Mass at 1pm each day – while nuns based in Nashville will move into the building later this summer.

But despite this, there were tearful scenes from clergy and congregation alike, as the priests of the Dominican order filed out following the Mass of thanksgiving and farewell.

The Dominican order arrived in Limerick in 1224, setting up a church in 1227, and have been based in Glentworth Street for 200 years.

Addressing the congregation in his homily, Fr Francis Downes, prior of the community, said: “In times of strength, of weakness and great persecution, we remained steadfast, thanks to the support and generosity of you and your ancestors, the people of Limerick. Our presence in Fish Lane, off Sir Harry’s Mall dated back to 1755 when the Roche family of Mary Street gave refuse to the Friars in their back garden.”

Before this, the Dominican’s of St Saviour’s, although having no chapel of their own, lived in Gaol Lane. They moved to the present site in Glentworth Street in 1816.

Sharing her memories of St Saviour’s Church, Patricia Hogan, now of the Pennywell Road said: “When I was at boarding school, we took the train from Nenagh to Limerick, and we had time before we caught the next train to Ardrahan. So we used to come in here to the Dominican’s and pray. We’re going to miss it terribly.”

Monica O’Brien-Smith, who grew up near to the Dominican’s, added: “This was the best church, absolutely. I’m just so sad. It has formed so much of my spiritual life than anyone could ever know.”

Eoin Mulqueen, 27, of the Hyde Road, was an altar boy in the church.

He said: “It’s not hit me that they are moving out yet. My fondest memory would be each Christmas helping my Dad put out the Christmas tree and the crib.”

At the end of the Mass, Fr Downes handed the keys to the church to Fr Eamonn Fitzgibbon, representing the Diocese.