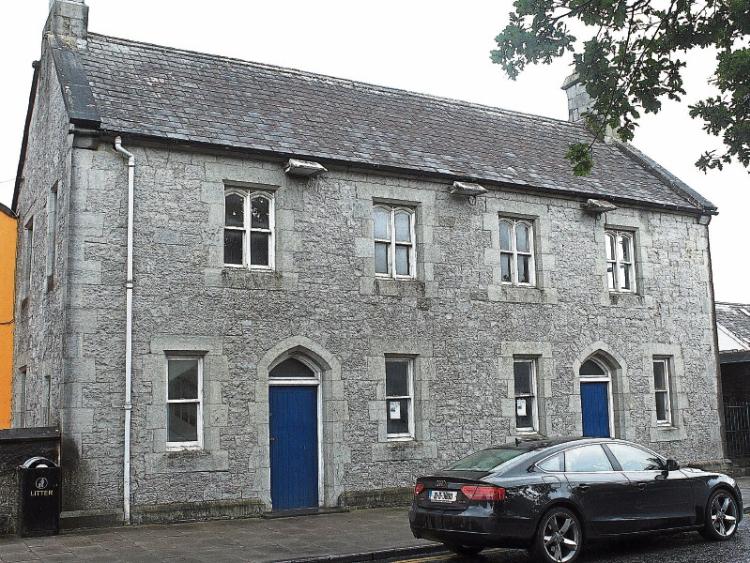 The former Adare courthouse is to become public heritage restaurant

IT will be more a case of last orders rather than court orders in Adare when the local courthouse, closed for many years, reopens to the public as a heritage restaurant.

Publican and businessman Charlie Chawke, who came up with the idea, also hopes to use the old, first-floor courthouse, as a place to bring alive some of the history and heritage of  his native place.

“No one really has done anything regarding the real heritage and history of Adare,” he said.

“The buildings are there. The Dunravens built the village, they built Adare.” But that story  is nowhere to be found, he pointed out.

And he has a soft spot for the old courthouse building, which is right next to Aunt Lena’s, one of two pubs he now owns in Adare. “I’m from Adare. I have been watching that building for the last 50 years,” he said.

When the chance came to acquire it and add it to Lena’s, he jumped at it. It is owned by Limerick City and County Council who put a price of €350,000 on it. But for the sale to go through, it had to be agreed first by the Adare Rathkeale councillors and will go before the full council for approval on July 18.

“I don’t want to give away too many secrets,” Mr Chawke said, “but the theme will be in line with the building. I think it is lovely.

“We want to resurrect the courtroom and have it open for the tourists to visit. The whole theme is heritage and history. I want to give it back to Adare.”

Architect Michael Healy has come on board for the project. “He is as interested as I am,” Mr Chawke said.

The courthouse is a listed building and repurposing it as Mr Chawke wants it will require extensive work to kitchens and bathrooms at the rear of Lena’s.

“As soon as we get the green light, we will be going for planning permission,” Mr Chawke said. “I think it will add nicely to Adare.”

Meriel Clarke, chairperson of the Adare Community Council, agrees. When the matter came up at their last meeting, she said, the feeling was it would be “a good thing for Adare.”

“I am delighted to see it being brought back into use,” she continued. “Nothing has been done with it for years and it has been gradually disintegrating. I am sure Charlie will do it sympathetically and in keeping with Adare.”

But, she added, she hoped the council would remember Adare when it comes to spending the €350,000 sale price. “I hope they remember where that money came from. My  hope would be the council will put some of that money back towards projects in Adare.

“They have withdrawn quite a bit of funding for the upkeep of the park,” Ms Clarke continued. “In the middle of the tourist season, to withdraw money without any consultation with the community groups in Adare was dreadful.”

Charlie Chawke hopes to have his heritage restaurant ready to go by the beginning of the next tourist season.