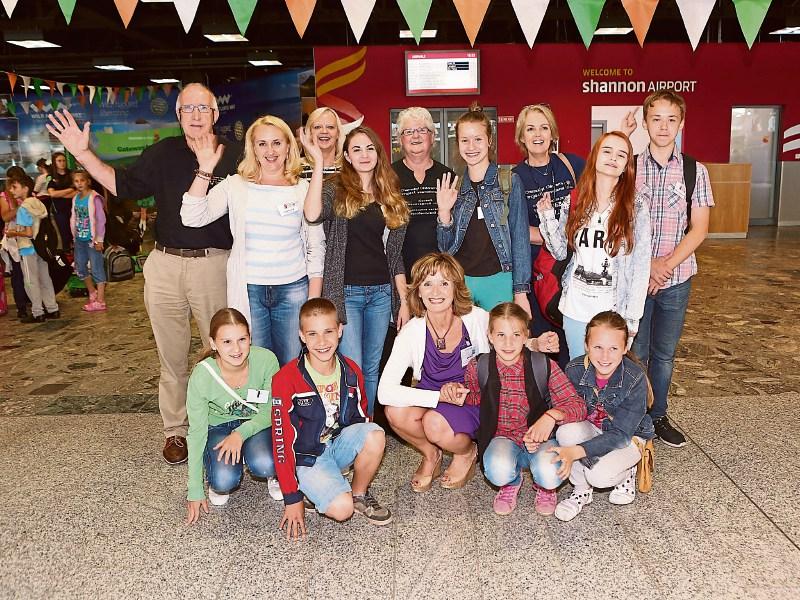 THERE were emotional scenes at Shannon Airport at the weekend as 150 children arrived from Chernobyl to their new hosts for a month of respite care.

Eight children will be staying with Limerick families for the month of July, as this year marks the 30th anniversary of the world’s worst nuclear disaster.

Adi Roche, of Chernobyl Children International, who brought the children to Ireland, said even though three decades have passed “Chernobyl is forever” and she said now is the time to redouble efforts to commit to helping children born after the disaster but still feelings it effects.

The summer rest and recuperation programme gives the children, who come from impoverished backgrounds and state-run institutions, a health boost and reprieve from the toxic environment and high levels of radiation to which they are exposed.

“It warms everyone’s heart here today to see the excitement on the children’s faces as they arrive safe and happy into Shannon,” said Adi Roche, the voluntary chief executive officer of Chernobyl Children International.

“Our wonderful volunteers have opened their hearts and their homes to these children every summer, children who so desperately need our help.  While the Chernobyl accident happened 30 years ago the consequences last forever. My heartfelt gratitude to the volunteers who offer hope to live to the children who the world has largely forgotten.”

“Radioactive contamination is still having an adverse effect on the lives and health of the children of the Chernobyl regions,” she added.

Host families from all over Ireland welcomed the children for their holiday, during which time radiation levels in the children drop by nearly 50 per cent and up to two years is added to their life expectancy.

Since 1991, 25,000 children from Belarus and Western Russia have come to Ireland with CCI on this Rest and Recuperation programme.