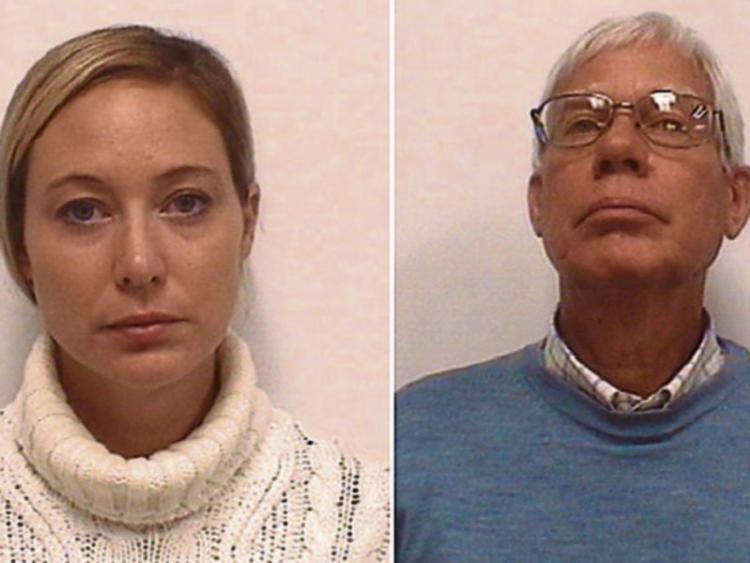 Molly Martens and her father, Tom, are charged with the second-degree murder and involuntary manslaughter of Jason Corbett.

LAWYERS for the American wife accused of the second degree murder of Limerickman Jason Corbett are attempting to prevent prosecutors using a recent video interview with Jason’s son as evidence in the trial.

Molly Martens, 32, and her father Tom, 65, were charged with the second-degree murder and involuntary manslaughter of Jason Corbett. They have both pleaded not guilty to the charges.

Jason Corbett, 39, a father of two from Janesboro, who tragically lost his first wife at a young age, was killed in his home in North Carolina on August 2, 2015.

His children, Jack and Sarah, are from his first marriage to Mags, who died suddenly in 2006 from an asthma attack.

They are now under the care of their aunt, Tracey Lynch and her husband David, after the couple fought an intense custody battle to bring them home to Ireland.

Jack Corbett, age 11, was interviewed by prosecutors in May via video link from his Limerick home.

However, in documents filed in North Carolina this week, Ms Martens’s legal representatives allege that the interview is ‘not trustworthy’ and is ‘inadmissible’ under the North Carolina rules of evidence.

In outlining the case to have the evidence ruled out, it is alleged that separately, both Jack and Sarah were interviewed on several occasions in August 2015 in North Carolina. Ms Martens is not contesting the admissibility of these particular interviews.

The document opposing the use of the May interview as evidence sets out a timeline, dating back to the days immediately after Mr Corbett’s death, during which both children gave statements.

On Monday, August 3, 2015, personnel from the Union County Department of Social Services travelled to Ms Martens’s brother’s home, where Jack and Sarah were staying. Each child was interviewed separately in the home, in the absence of Molly Martens, who was in Winston Salem at the time with her father.

On Thursday, August 6, 2015, after a funeral service for their father, Jack and Sarah attended a child medical evaluation at Dragonfly House, arranged by the Davidson County Sheriff’s office. The child medical examination included individual, videotaped, forensic interviews with each child, followed by a physical examination by a paediatrician. The interviews were observed by two detectives from the Davidson County Sheriff’s Office and a social services worker from behind a mirrored glass wall.

Ms Martens’s lawyers allege that ‘ten months after the death of Mr Corbett’, the State obtained a video interview with Jack. It is alleged the statement was given in Limerick ‘in the home of the brother-in-law of Jason Corbett’. The document claims the statement ‘attempts to contradict the prior statements of Jack Corbett’ and contains ‘factual inaccuracies.’

In contrast, Ms Martens’s lawyers have no objections to the interviews of August 2015 being used in evidence. An administrative court date has been set for August 8 but a trial date has not yet been decided.